Bitcoin has surged to never-before-seen highs over recent weeks, breaking through to levels that seemed unimaginable just a few months ago.

The bitcoin price climbed to almost $60,000 per bitcoin earlier this month before falling back to trade at around $50,000 after Tesla TSLA chief executive Elon Musk warned it "seemed high." 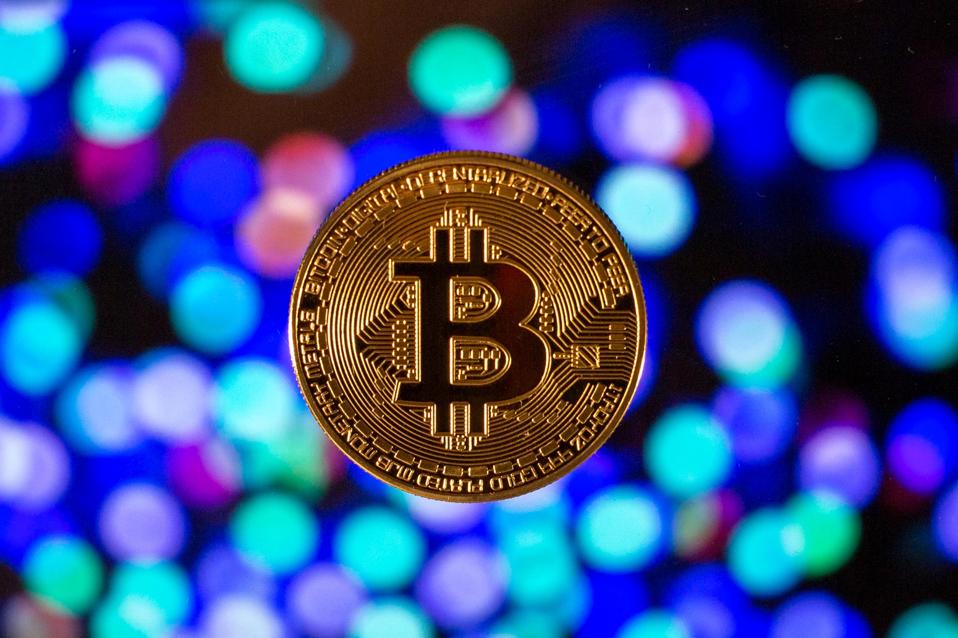 The bitcoin price has climbed to around $50,000 per bitcoin in recent weeks, smashing through its ... [+] previous all-time high late last year--with the bitcoin bull run looking far from done.

"Bitcoin is going to flip gold, and it’s going to subsume the entire gold market cap," Saylor told CNBC this week ahead of MicroStrategy announcing it had added a further $1 billion worth of bitcoin to its already sizable holdings.

"Then [bitcoin is] going to subsume negative-yielding sovereign debt and other monetary indexes until it grows to $100 trillion," Saylor said, adding he would expect the bitcoin price to become less volatile as it climbed over $10 trillion.

Last week, the combined value of the 18.6 million bitcoin tokens in circulation climbed over $1 trillion for the first time—double the $500 billion it started 2021. The value of the gold market is put at around $12 trillion.

However, Saylor's bitcoin price prediction of $100 trillion is bullish even for some of bitcoin's biggest supporters.

"I've held a price target of $100,000 per bitcoin by the end of 2021 since I publicly wrote about it in 2019," says Anthony Pompliano, partner at digital asset hedge fund Morgan Creek Digital, speaking over email. "[I'm] sticking with that, yet somehow have become the most conservative person in the room."

Scaramucci said he believes money manager performance will eventually be benched off of bitcoin, with companies like MicroStrategy and electric car-maker Tesla's bitcoin-buys helping to normalize institutional adoption.

MORE FROM FORBESBitcoin Bulls Have Won-What's Next For Crypto And The Bitcoin Price?By Billy Bambrough 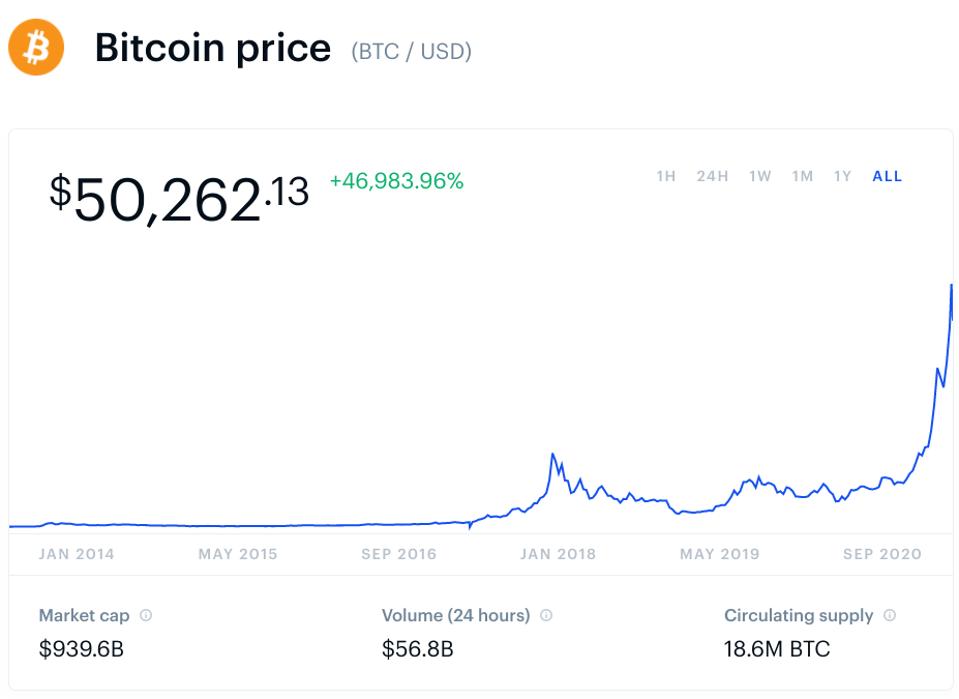 "Bitcoin has already had a fantastic year and any further gains would indeed be a blessing," says Mati Greenspan, the founder of market analysis company Quantum Economics, speaking via Telegram.

"The main driver lately has been the rush from multinational corporations to diversify out of fiat money and into crypto—a trend that we see as just getting started now."

Meanwhile, some expect interest in bitcoin from Wall Street and major corporations will trigger fresh retail demand for bitcoin.

"With the caveats that past performance is not an indication of future results, and that bitcoin price could come down as far as it goes up, in my view a realistic peak price between now and the end of 2021 is in the $150,000-$300,000 range," says Cory Klippsten, the chief executive of bitcoin-buying app Swan Bitcoin, speaking via Telegram.

"One major driver of demand is a spectacular increase in high quality bitcoin education breaking through the noise created by altcoin founders and fund managers with the incentive to spread misinformation. [And] the continued development and many new launches of retail platforms, funds, and trading venues are making it even easier people everywhere to purchase bitcoin."

However, others don't share the bitcoin community's bullish outlook.

Charlie Munger, vice chairman of Warren Buffett's investment company Berkshire Hathaway BRK.B , this week warned he doesn't see bitcoin making it as either a payment system or as "digital gold."

"I don’t think bitcoin is going to end up the medium of exchange for the world," Munger said during an interview at the Daily Journal’s annual shareholder meeting.

"It’s too volatile to serve well as a medium of exchange. And it’s really kind of an artificial substitute for gold. And since I never buy any gold, I never buy any bitcoin."