The bitcoin and cryptocurrency market has lost around $400 billion since its peak last weekend as panic spreads among traders.

Now, documents released by cryptocurrency exchange Coinbase ahead of its long-awaited initial public offering (IPO) have revealed the possible events it fears could destabilize the price of bitcoin and ethereum, potentially undermining its business. 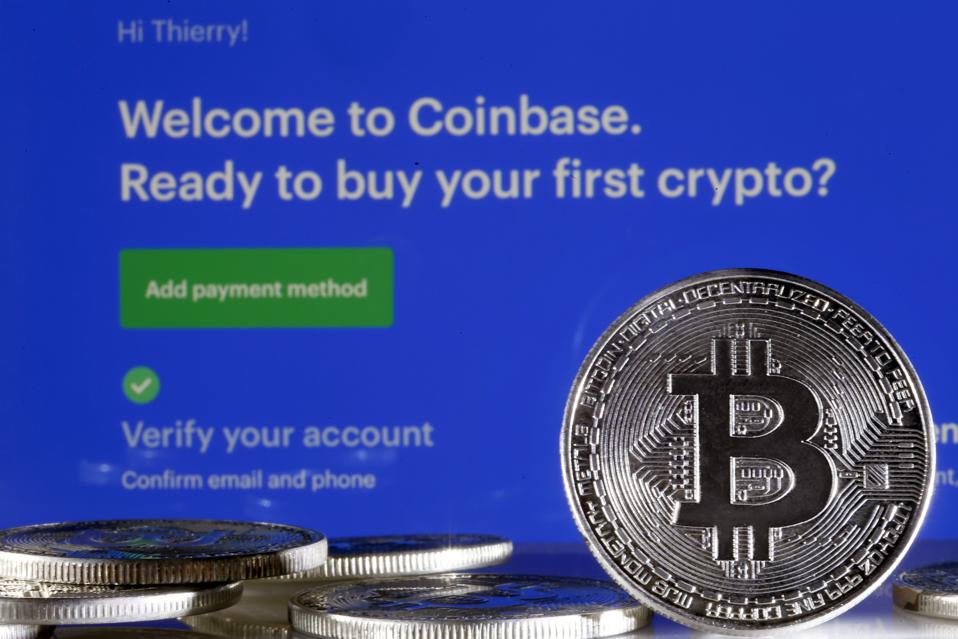 Coinbase, a San Francisco-based bitcoin and cryptocurrency exchange, has filed to go public through ... [+] a direct listing.

Coinbase has released documents for its public debut on the Nasdaq stock exchange via a direct listing (meaning it won't be looking to raise more money), with the fledgling bitcoin and cryotocurrency company set to be valued at over $100 billion.

5 Things I Wish I Knew Before Getting Into Crypto

As part of its IPO preparations, Coinbase laid out a number of factors that could impact the price of the two largest cryptocurrencies, bitcoin and ethereum—which drive 56% of the total trading volume on the exchange and provide Coinbase with most of its revenue through transfer fees.

These risk factors include "disruptions, hacks, splits in the underlying network also known as 'forks,'" as well as developments in quantum computing and regulation that affects cryptocurrencies.

"The future development and growth of crypto is subject to a variety of factors that are difficult to predict and evaluate," the filing read.

Notably, the filing also cited "the identification of Satoshi Nakamoto, the pseudonymous person or persons who developed bitcoin," as a potential risk factor, as well as the transfer of Nakamoto’s bitcoins, thought to be worth around $30 billion. Some fear that if Nakamoto is identified or comes forward it could damage bitcoin's decentralized nature and reputation.

The identity of Nakamoto has been the subject of fierce media scrutiny, with multiple investigations failing to unmask the mysterious bitcoin developer. In 2016, Australian entrepreneur Craig Wright claimed to be Nakamoto but has failed to provide proof and has since been waging an increasingly desperate legal war to be recognised as bitcoin's creator, alienating much of the bitcoin and cryptocurrency community. 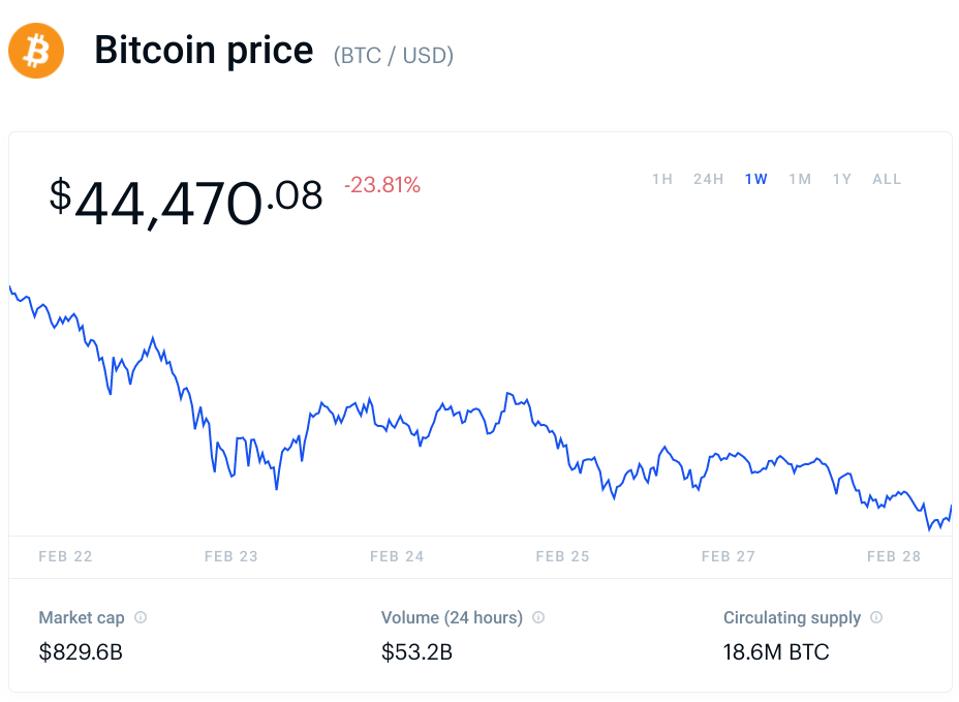 Bitcoin is known for its extreme volatility. In late 2017, the bitcoin price climbed to around $20,000 before crashing to $3,000 in 2018. Last year, the bitcoin price dropped under $4,000 in March before rebounding through the summer. It began its latest bull run in October, passing its 2017 high in December as institutional investors showed renewed interest in digital assets.

Last week, the combined value of the 18.6 million bitcoin tokens in circulation reached $1 trillion for the first time—double the $500 billion it started 2021 as cryptocurrency mania returned in force.

"You can expect volatility in our financials, given the price cycles of the cryptocurrency industry," Coinbase chief executive Brian Armstrong wrote in a letter alongside the company's filing documents this week. "This doesn't faze us, because we've always taken a long-term perspective on crypto adoption."