Bitcoin has taken the world by storm in 2021, soaring to highs few could have predicted.

The bitcoin price, up around 70% so far this year, this week smashed through $50,000 per bitcoin—pushed to near a total value of $1 trillion by support from Elon Musk's Tesla TSLA , major bitcoin-buyer MicroStrategy MSTR , and traditional Wall Street giants.

However, some smaller cryptocurrencies (including meme-based dogecoin) are seeing even greater gains, with the likes of ethereum, polkadot, cardano, and binance coin recording triple-digit gains since the beginning of 2021. 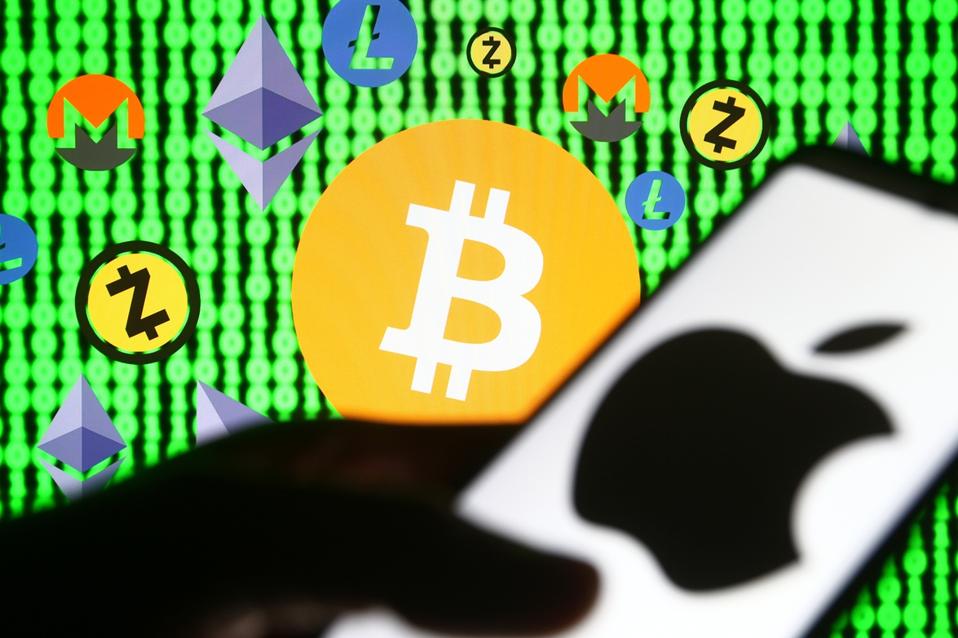 The bitcoin price has climbed rapidly over the last year, however, some smaller cryptocurrencies are ... [+] outstripping its gains.

The broad bitcoin and cryptocurrency market, made up of thousands of digital tokens, is now worth a staggering $1.6 trillion. However, bitcoin dominance, a measure of bitcoin's value compared to the rest of the crypto market, has slipped so far this year—dropping from 70% to 60% as smaller tokens climb.

This month, ethereum, the second-largest cryptocurrency after bitcoin with a total value of around $220 billion, has surged past its previous all-time high set in early 2018. Ethereum is up 150% since January 1, adding to gains of more than 500% over the last year.

The ethereum price has risen as interest in DeFi—using cryptocurrency technology to recreate traditional financial instruments such as interest, known as "yield," and insurance—has accelerated. With many of the biggest DeFi projects built on top of ethereum's blockchain, the token has soared as users flood the network.

Elsewhere, the prices of cardano and polkadot, two top five tokens that power blockchains designed to rival ethereum, have climbed as traders speculate they could win market share from ethereum. Polkadot is up 255% since January 1, while cardano has climbed 420%. 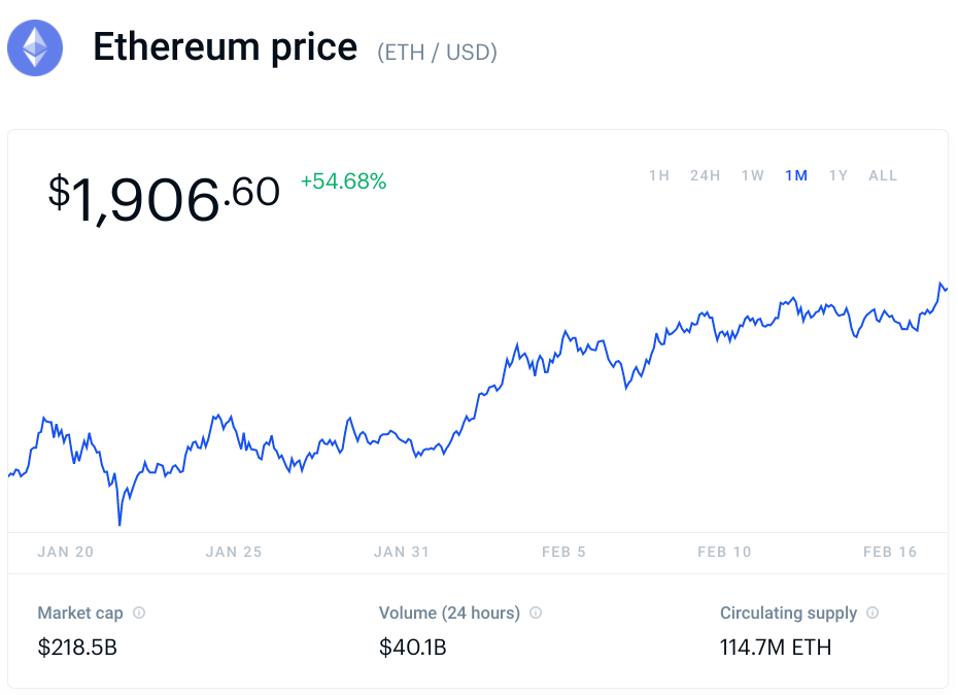 The ethereum price has outperformed bitcoin since the beginning of 2021.

Further down the charts, top ten token binance coin, a cryptocurrency used to pay fees on the Binance cryptocurrency exchange, has shot up by 375% since the beginning of the year as traders keen not to miss out on the latest bitcoin and crypto bull run have flocked to the platform.

Many in the bitcoin and cryptocurrency industry credit bitcoin's price rise as pulling up the wider market and sparking interest in decentralized technologies.