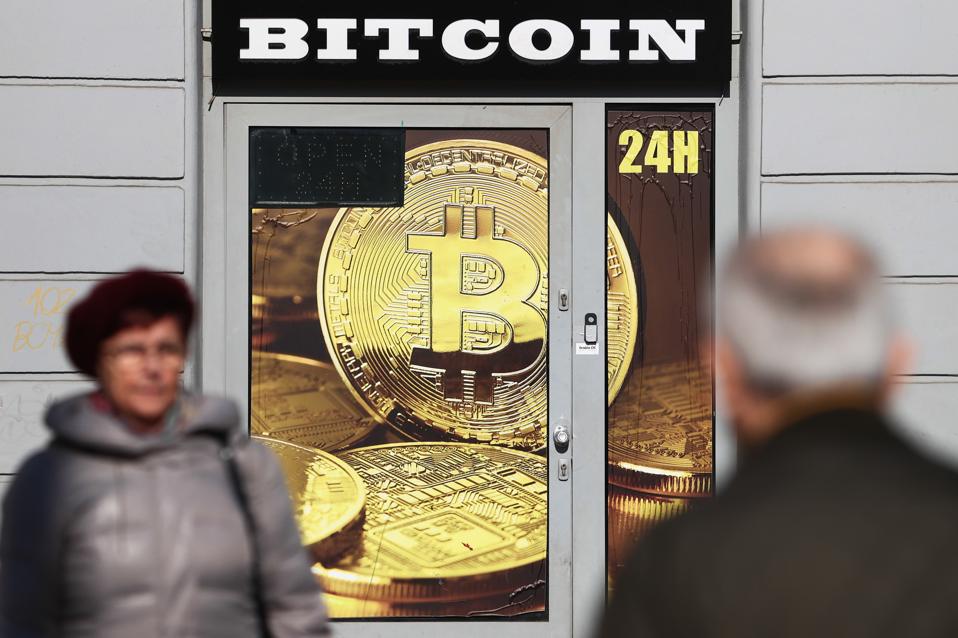 The story of bitcoin has been one of a rapid rise recently, at least when it comes to short-term prices. In 2017, the story centred on the frenzy of retail investors who started getting interested in bitcoin and other cryptocurrencies and started figuring out how to navigate the rise of initial coin offerings. Now, in 2020 and 2021, the support seems to be coming from quasi-institutional forces — from high net-worth individuals to family offices for some of the most wealthy people on Earth to hedge funds such as Paul Tudor Jones.

Yet, what gives one pause to think — and perhaps some not-so-unwelcome hope — is the idea that institutional support is coming around the corner or is already here from the largest publicly traded companies in the world, and governments/sovereign wealth funds and central banks. While a lot of central bankers and governments have been put on record as being against bitcoin, everybody from the PRC’s central government to the President of the ECB, there are small breaks in the fabric of true institutional support for bitcoin.

Local municipalities in the United States are starting to think about putting their city treasury into bitcoin. This was most notable with Miami mayor Francis Suarez, but there are other politicians on state and even federal level with pro-bitcoin views such as Colorado governor Jared Polis, and Wyoming Senator Lummis. Those with control over local and state treasuries can not only help pass bitcoin-friendly legislation, they can use their city budgets or state treasuries to directly purchase bitcoin, as Miami is currently considering. Local governments in the United States might then set examples for cities around the world.

While central and federal governments and nation-states as well as central banks might be slower to adapt and purchase bitcoin, a younger generation of leadership in federated localities can push the drive of bitcoin forward as part of policy experimentation, with enough time that a generation of more bitcoin-friendly politicians and regulators might take over at higher levels.

Publicly traded companies have already started embracing bitcoin as well, most prominently with MicroStrategy MSTR and Michael Saylor and Tesla TSLA with their recent $1.5bn buy.

As corporate treasuries start buying bitcoin, publicly traded companies are going to start buying bitcoin even if their line of business is not directly related to bitcoin, for example bitcoin mining companies or those who are looking to create bitcoin exchanges. This will be founder-led — as seen with Jack Dorsey and Square SQ Crypto. Companies will tend to buy the dip such as when Square just bought about $170mn USD in bitcoin. This will lead to somewhat of a soft floor for bitcoin’s price.

This will lead to interesting effects beyond just payments and institutional support — Jack Dorsey recently partnered with Jay-Z in order to fund the most generous bitcoin development support fund so far. And embedded in Elon Musk’s declaration was implicit support for the general bitcoin ecosystem. The idea thrown out there was to maybe accept bitcoin for Tesla vehicles, but it can get much deeper than that.

With Tesla micro-payments, innovation on Lightning Network and other ways to process micro-transactions might help — and be further developed with Tesla as a example case, and perhaps a funder. We might see the same path as other entrepreneurs have embarked on with Elon: first, by getting involved with buying bitcoin, then by supporting the development of core bitcoin innovations.

Saylor’s role as one of the first to put billions of fiat dollars in value with bitcoin is also something worth looking at. Through his encouragement and know-how, other public companies may take the same steps as Elon Musk has.

Now onto the next element — central banks and sovereign wealth funds. Many of their leaders are condemning bitcoin almost instinctively due to their perception that it will. Many of the countries now using bitcoin are those who are cornered into it because of exclusion from the global trade or financial regime — for example, countries that are under sanction by the United States such as Venezuala and Iran.

Yet there are signs of experimentation with the idea of decentralization with currency swaps and more. And it’s possible that as more localities start adopting it and more legislators start accepting bitcoin contributions, there may be a change in how a new generation of regulators look at cryptocurrency. Perhaps in the surprising mainstream adoption of bitcoin, this movement might become inevitable with or without the explicit approval of central bankers.

They will, just as some high net-worth individuals do now, consider cryptocurrencies as an asset class they can’t miss despite their ideological convictions or other investments.

Soaring Treasury yields are worrying economists — But what does this mean for Bitcoin?

MicroStrategy purchases another $1 billion worth of Bitcoin, now owns 90,000 BTC