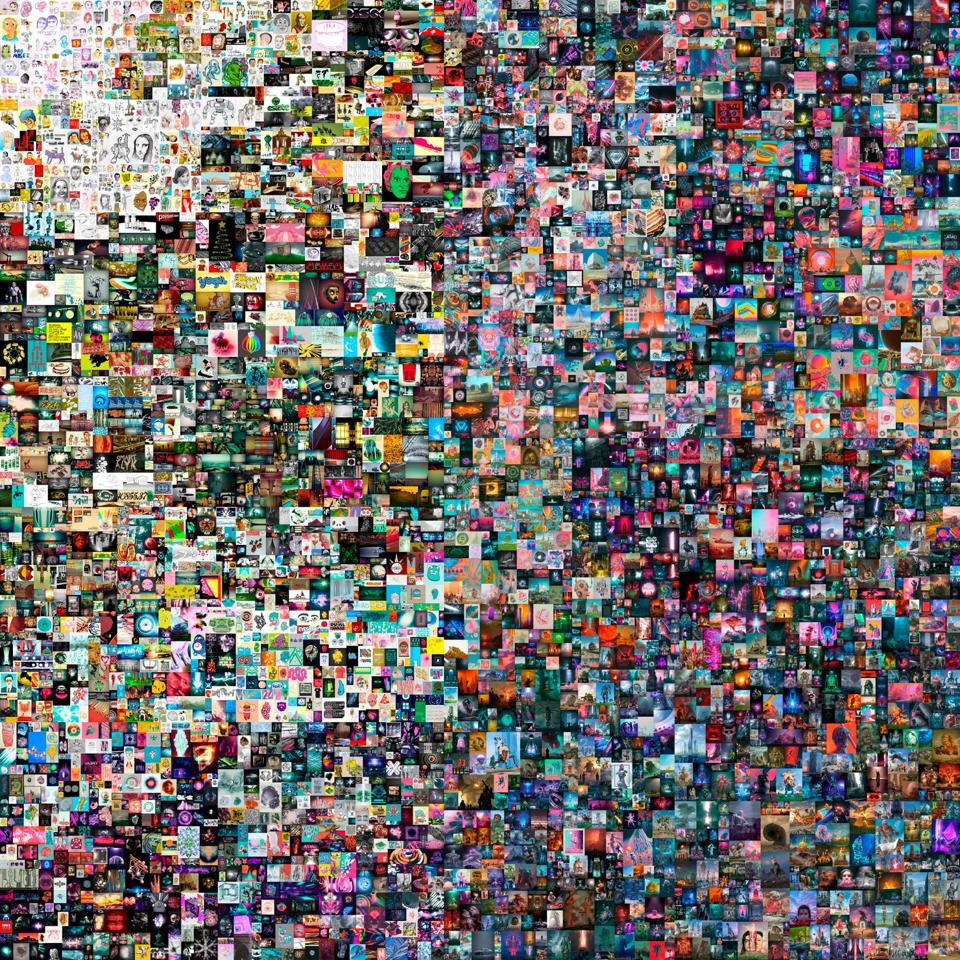 A digital collage by the artist Beeple will fetch a record amount at a Christie’s auction concluding Thursday morning, further heightening attention around an emerging type of virtual art called non-fungible tokens or NFTs.

“5,000 Days” has vaulted from a starting minimum bid of $100 on Feb. 25 in the online sale to $13.25 million on Wednesday afternoon—with 18 hours still to go. Even if sold at its present price, the picture would be the most-expensive NFT ever sold, beating out the $6.6 million paid last week for another Beeple work, a 10-second video.

Where will bidding end? Christie’s didn’t offer an estimated price range for “5,000 Days,” an unusual decision that has contributed to speculation about what the NFT might finally go for. (Beeple requested the auction leave out the customary estimate, eager to let the market run its course undisturbed.) It’s possible it could fetch as much as $20 million and perhaps higher, according to three active participants in the nascent market for NFTs. For perspective, such a price tag would place Beeple alongside names like Picasso, Rembrandt, Rothko and Van Gogh, all of whom have had work sell at similar levels.

“NFTs, I think, really could be an alternate asset class, one that speaks to a younger generation, who maybe does not want to invest in stocks,” says Beeple. “Maybe they would rather invest in digital collectibles and things like that—things that speak more to their culture and how they sort of interact with the world.”

NFTs are various types of digital media, including artwork like Beeple’s, that trade hands over several different internet marketplaces with the ownership records entered onto the blockchain. The tokens are only a few years old, and they didn’t catch mainstream attention until the past two months attention, driven in large part by the NBA’s Top Shot site and its NFT-based trading cards and by a surge of celebrities selling their own tokens. And, of course, by Beeple’s work going under the hammer at Christie’s, the venerable auction house adding an additional sense of legitimacy to the new genre.

Pentagon Scientists Mull A Big Problem—How To Destroy A Whole Lot Of Chinese Ships And Russian Tanks, And Fast

“What he’s done for the space is an incredible achievement. He’s brought a lot of eyes to the whole industry,” says Danny Maegaard, a longtime, Australia-based collector of NFTs. “We’re seeing an influx of new people”—both buyers and sellers—“and I’ve been speaking with a number of big name people getting into the space because of Beeple.”

“5,000 Days,” an enormous image measuring 21,069-pixels wide and 21,069-pixels long, is aptly named. It is a collection of 5,000 pictures Beeple drew using computer software over nearly 14 years, many of them completed in a sometimes-disturbing technoir, one that takes an obviously dismal attitude toward capitalism, technology and authority. In one image, teens swig Ocean Spray and skateboard around a skyscraper-size bottle of the cranberry juice, a reference to a viral TikTok video last year. In another, former vice president Mike Pence sits atop a burning White House surrounded by a swarm of giant flies.

“There a lot of people coming into the NFT space quickly. It’s definitely crazy,” Beeple says. “It’s really cool to see its huge potential. I really look at it as something that's kind of a blank canvas.”

As Bitcoin Tests $10K, Experts Answer: 'Where to From Here?'

Ex-Bakkt CEO Loeffler is unpopular as US senator, poll shows