Last year, amid the Covid-19 pandemic, a new term entered into the space called a digital dollar during the CARES Act negotiations in Congress. The idea immediately drew attention as it represented both the notion of a U.S. central bank digital currency as well as a faster, more efficient, and safer way to distribute an economic stimulus while practicing good social distancing.

The term ‘digital dollar’ was coined by J. Christopher Giancarlo, Senior Counsel at Willkie Farr and Gallagher and former Chairman of the U.S. Commodity Futures Trading Commission. Giancarlo announced the Digital Dollar Project as reported by the Wall Street Journal in January of 2020. Prior to this, Giancarlo had been a strong supporter of the cryptocurrency space and blockchain entrepreneurs during his tenure at the CBDC, earning the nickname ‘CryptoDad’ on Twitter.

Giancarlo has been advocating why it is critical for the world that the Digital Dollar be created in what he describes as pilot programs similar to the Space Race, with our primary competitor being China who has been working on its own version of a CBDC for some time. However, advocacy in Washington sometimes requires a bit of luck and for the pieces on the Chess board to be placed just so to see the acceleration of an idea move from a think tank to the world stage. 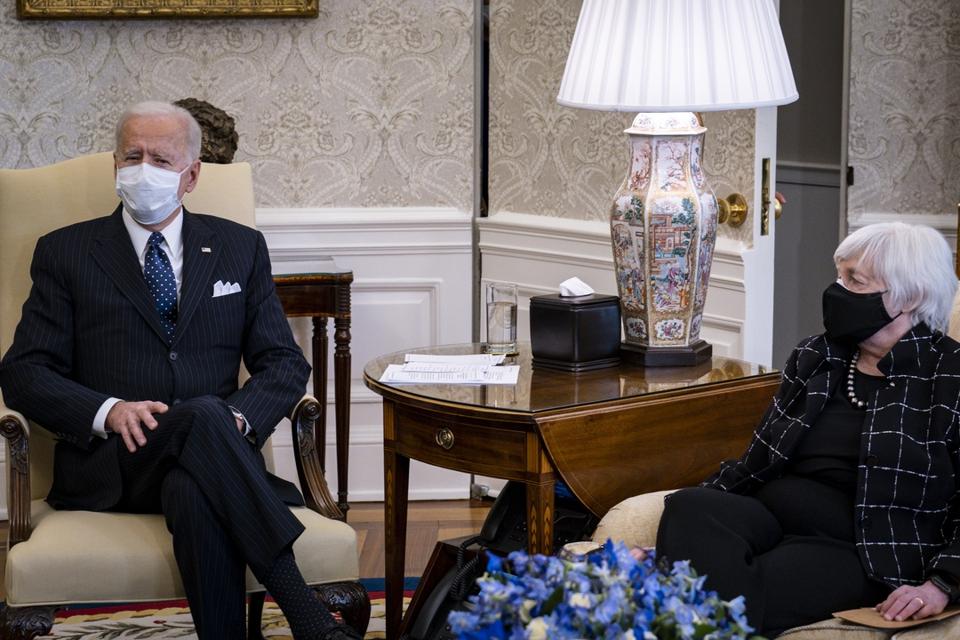 WASHINGTON, DC - FEBRUARY 09: Secretary of the Treasury, Janet Yellen looks on as President Joe ... [+] Biden meets with business leaders about the critical need for the American Rescue Plan in the Oval Office at the White House in Washington, D.C., on Tuesday, Feb. 9, 2021. Attending the meeting are Jamie Dimon, Chairman and CEO of JPMorgan Chase, Tom Donohue, CEO at the U.S. Chamber of Commerce, Doug McMillon, President and CEO of Walmart, Sonia Syngal, President and CEO of Gap, Inc. and Marvin Ellison, President and CEO of Lowe’s Companies, Inc. (Photo by Pete Marovich/Pool/Getty Images)

“It makes sense for central banks to be looking at it,” Yellen said yesterday to the New York Times. “We do have a problem with financial inclusion. Too many Americans really don’t have access to easy payment systems and to banking accounts, and I think this is something that a digital dollar — a central bank digital currency — could help with. I think it could result in faster, safer and cheaper payments.

Yellen also mentioned her concern with issues involving the impact on deposits at banks, whether the Fed would directly offer digital dollars at the retail level, financial stability and money laundering issues similar to her continued issue with Bitcoin and her belief the cryptocurrency is tied very closely with illicit finance. Yellen may see the digital dollar as the answer to the excitement over Bitcoin both due to the price as well as announcements by major corporations such as Tesla TSLA , Square and Microstrategy MSTR of significant investments in Bitcoin.

Powell, of course, has said very similar things to what he testified on today, except that for the first time, he classified the digital dollar as a ‘high priority project’. Powell has noted before on the importance that the U.S. get the digital dollar correct rather than be first. Powell reiterated how the Board in Washington D.C. is reviewing the idea as well as the work of the Boston Fed and its work with MIT on a hypothetical central bank digital currency. 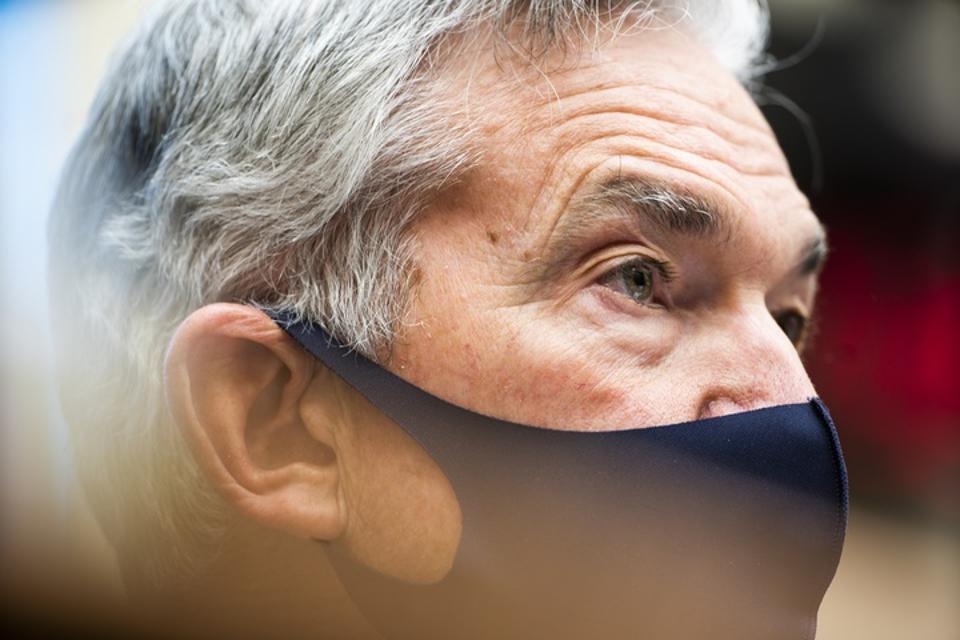 Ultimately, a Yellen-Powell partnership on a digital dollar makes sense, and perhaps interest will be reignited in the idea of ‘pilot projects’ similar to what China is doing, also an idea that had been recommended by Giancarlo. What is clearly different this time, is when Powell describes the decision around whether or not to issue a digital dollar in the form of a CBDC, is not hedged by the concept of whether the Fed is able to issue such a currency from a policy perspective.

Perhaps Yellen and Powell have already begun discussions around the notion of a digital dollar. Should President Biden ultimately endorse such a notion that would pave the way for Yellen to support the Fed, a combination of a Federal Reserve and U.S. Treasury partnership in creating a U.S. central bank digital currency that is issued could be one of the lasting legacies of his Administration.

Pete Rizzo
文章 30 篇
Pete Rizzo is Editor, the global leader in blockchain news, where he oversees production of both the daily news website, and its monthly report offerings.