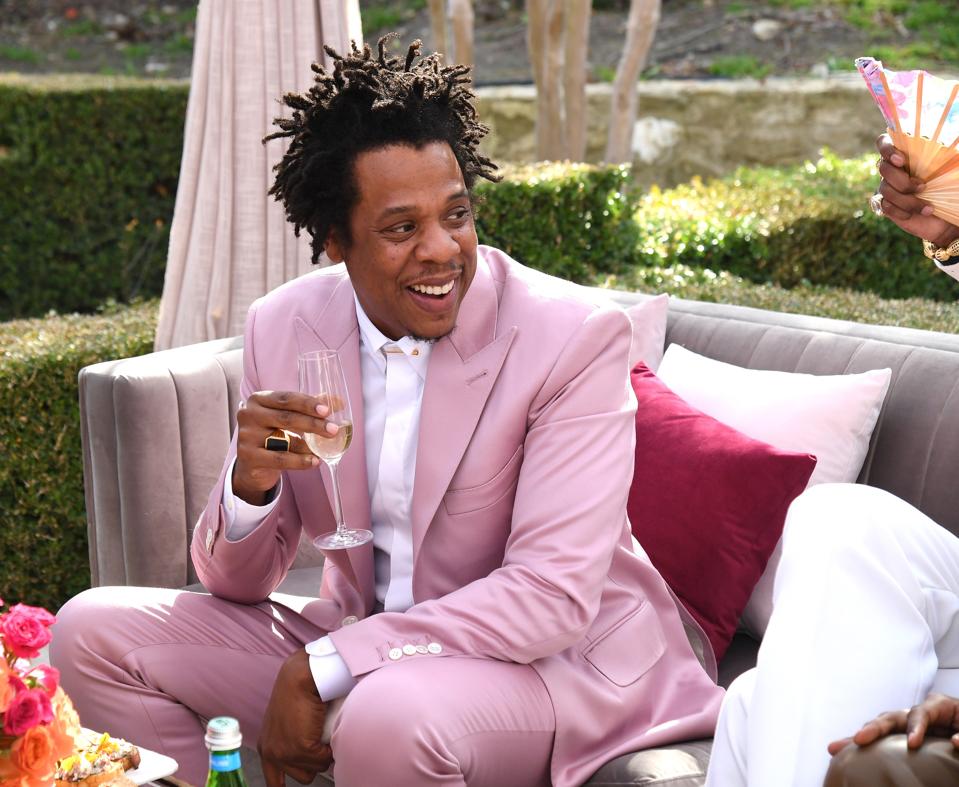 A couple weeks ago, Jack Dorsey, the billionaire CEO of Square SQ and Twitter, announced a new cryptocurrency intiative—and a somewhat surprising partner. He would donate 500 Bitcoins, worth some $24 million or so, to form a new endowment to back businesses working on Bitcoin-based tech. It would be called ₿trust and distribute its first funds to firms in Africa and India. Joining him in the donation would be his friend Jay-Z, the billionaire rapper.

Perhaps the endowment won’t be the only crypto project the pair work on together.

Square is buying Tidal, Jay-Z’s music-streaming service, valuing it at $450 million. It’s something of a bargain-hunt deal for Square: Tidal has struggled mightily to wedge itself into an industry dominated by Spotify, Pandora and Apple AAPL , and its latest valuation is 25% than what Sprint S valued the company in 2017 when it bought a third of it, a fairly clear sign Tidal hasn’t lived up to its promise.

What can a combined Square and Tidal offer to artists that a standalone Tidal couldn’t? In a string of tweets announcing the purchase, Dorsey was actually pretty blunt about this. The new Tidel would focus on“finding new ways for artists to support their work.” Jay-Z was equally up front. “I said from the beginning that TIDAL was about more than just streaming music,” he wrote on Twitter, “and six years later, it has remained a platform that supports artists.”

So we know Dorsey and Jay-Z need to revitalize Tidal’s fortunes, and we know they’re aware its streaming tech isn’t the needed game-changer. Instead, it’s evident they’ll try to resusicate Tidal by working on getting the artists on its platform paid more and paid differently.

If only there was a way to do that using a sophisticated financial technology, precisely the type Dorsey and Jay-Z might find particularly interesting...

And this is how the world could end up with Jay-Z NFTs sooner than it realizes.

An NFT, or a non-fungible token, is a booming type of cryptoasset attracting all sorts of artists. To them, NFTs are manna from a coded heaven. These tokens allow them to sell digital media—maybe an illustration, maybe an entire album—at prices never before possible and collect a cut of secondary sales too. They can do it without giving up a lick to an agent, a lawyer or a record label.

Musicians are at the forefront of the boom. (And it is undeniably a boom: Nearly $50 million of these NFTs are trading hands each week, some $180 million in the past two months.) A day ago, the band Kings of Leon announced they planned to release a new album through an NFT sale, something no other artist has done. And three days prior, the electronic dance music star 3LAU finished a $11.7 million NFT auction, the biggest sale of the tokens yet. He sold off a variety of different types of NFTs, some of which included access to new songs and digital copies of his 2017 Ultraviolet album.

“This has been my vision for six years: that artists take back power,” 3LAU says. And over those years, he’s honed a smooth sales pitch. “Imagine you're a fan, and you want to invest in music. Maybe you find an artist you love before anyone else, and you can invest in their music”—as an NFT could allow someone to do—“and then you've invested in The Weeknd before The Weeknd blows up. All of a sudden, you're along for the ride, too.”

3LAU predicts something along those lines will come in “the next five to 10 years. It’s inevitable.”

Pair Dorsey and Jay-Z, and maybe it comes a whole lot sooner.

Josh Schwartz
文章 32 篇
Josh Schwartz is the chief operating officer at Curv - a New York-based digital asset security infrastructure firm - where he brings his background of leadership in both digital assets and traditional financial services with a specialization in market structure and trading technology.

Square Buys Another $170M in Bitcoin