Now, with top Federal Reserve officials expressing their surprise at bitcoin's latest bull run, Bill Gates has warned that people with less money than Musk should "probably watch out." 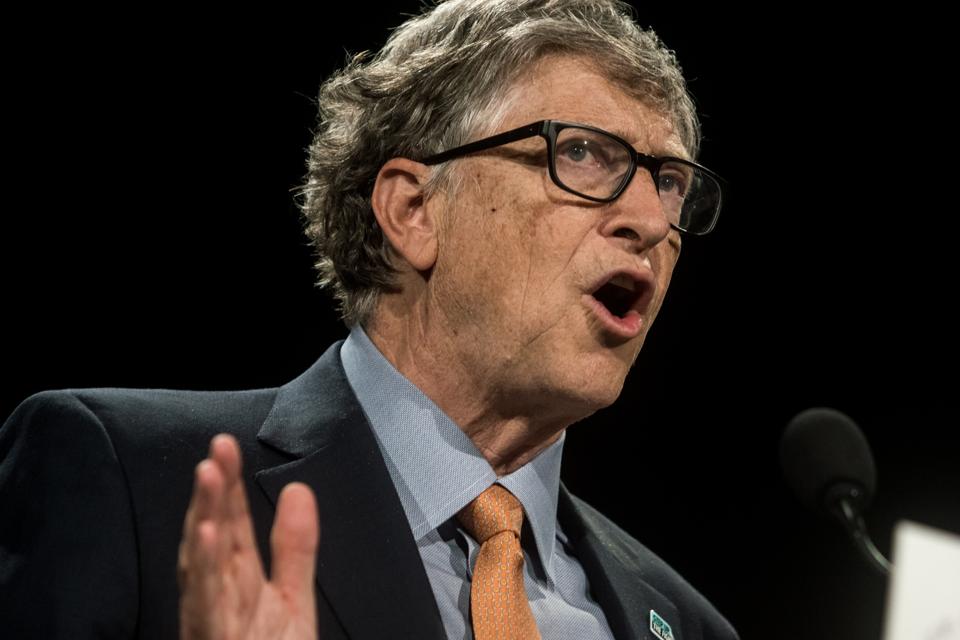 "Elon has tons of money and he’s very sophisticated, so I don’t worry that his bitcoin will sort of randomly go up or down," Gates told Bloomberg in an interview. "I do think people get bought into these manias who may not have as much money to spare. My general thought would be that if you have less money than Elon, you should probably watch out."

Later, speaking on the invite-only chat app Clubhouse, Gates said he has not personally invested in bitcoin, telling host Andrew Sorkin that he preferred to put his cash into companies "that make products" and that he did not choose his investments based on whether they would appreciate in value.

The bitcoin price is known for its extreme volatility, climbing to almost $60,000 last week after crashing to under $4,000 in March 2020. It rebounded through the summer and began its latest bull run in October, passing its 2017 high in December as institutional investors showed renewed interest in digital assets.

Last week, the combined value of the 18.6 million bitcoin tokens in circulation reached $1 trillion for the first time—double the $500 billion it started 2021 as cryptocurrency mania returned in force. 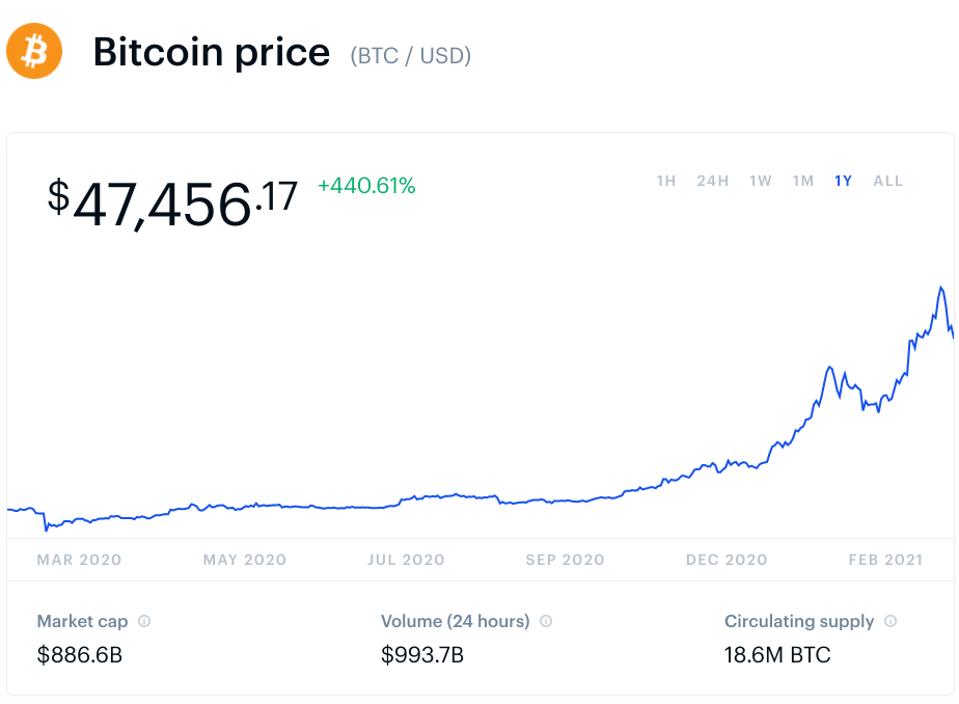 The bitcoin price has soared over the last 12 months, climbing to around $50,000 per bitcoin.

Musk, who briefly passed Amazon founder Jeff Bezos as the world's richest man this year, has long been a supporter of bitcoin and cryptocurrencies—regularly tweeting about "joke" bitcoin-rival dogecoin. Some have suggested Musk's free-wheeling tweets could attract the attention of U.S. regulators.

Despite the bitcoin price falling by almost 20% over the last week, many in the bitcoin and cryptocurrency community remain upbeat about its prospects—pointing to the specter of inflation as driving interest in bitcoin due to its limited supply.

"With the Fed's recommitting to maintain economic support, and the prospect of a new stimulus package, market concerns about a sudden rise in inflation are growing," Artur Sapek, the general manager of cryptocurrency trading and charting platform Cryptowatch, said in emailed comments.

"Regardless of whether inflation actually materialises or not, the fact bitcoin today has surged at all highlights the market is beginning to understand, and buy into, the value proposition than underpins this $950 billion asset."

John Kiguru
文章 109 篇
John is an exceptional writer with a liking on technology, finance and the intersection of the two. A firm believer in the transformative potential of cryptocurrencies and the blockchain. When he is not writing, he likes to listen to Nas, Eminem, and The Beatles.