Cardano, now the third-biggest cryptocurrency after bitcoin and ethereum, has soared in recent weeks—outpacing even bitcoin's massive rally.

The cardano price has surged a blistering 2,000% over the last 12 months, adding 300% in the last month alone.

Now, as the cardano network bobs around a total value of $40 billion, developers are gearing up for the launch of a major update on Monday—designed to make it into a multi-asset network similar to ethereum. 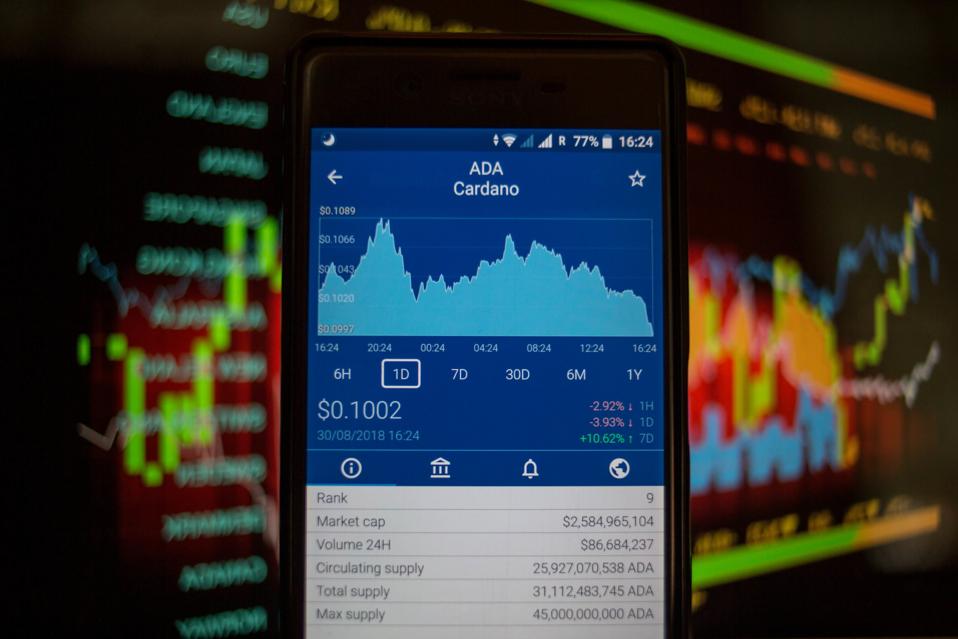 The cardano price has soared in recent weeks, with cardano breaking into the cryptocurrency top ... [+] three, behind just bitcoin and ethereum.

"We can today confirm that the ‘Mary’ cardano protocol update is now fully confirmed for March 1," the Cardano core development team, Input Output HK (IOKH), said via Twitter this week. "Another key milestone in the Goguen rollout, the update introduces native tokens and multi-asset support, bringing exciting new use cases for cardano."

The update will allow cardano to support traditional-currency-pegged stablecoins and let users create non-fungible tokens (NFTs)—a way to prove ownership and authentication of everything from social media posts to digital art using public blockchains—which have exploded in popularity in recent weeks.

5 Things I Wish I Knew Before Getting Into Crypto

Cardano's upgrade comes as the ethereum price has rocketed over the last year, smashing through its early 2018 highs.

As well as the growing NFT market, ethereum has benefitted from the rise of decentralized finance (DeFi)—using cryptocurrency technology to recreate traditional financial instruments such as interest, known as "yield," and insurance. Many of the biggest DeFi projects are built on top of ethereum's blockchain, pushing the ethereum price higher as users flood the network.

Cardano and other potential rivals to ethereum, including the sixth-largest cryptocurrency by value, polkadot, are currently jostling for DeFi, NFT and stablecoin market share as ethereum struggles with slow transaction times and sky-high fees. 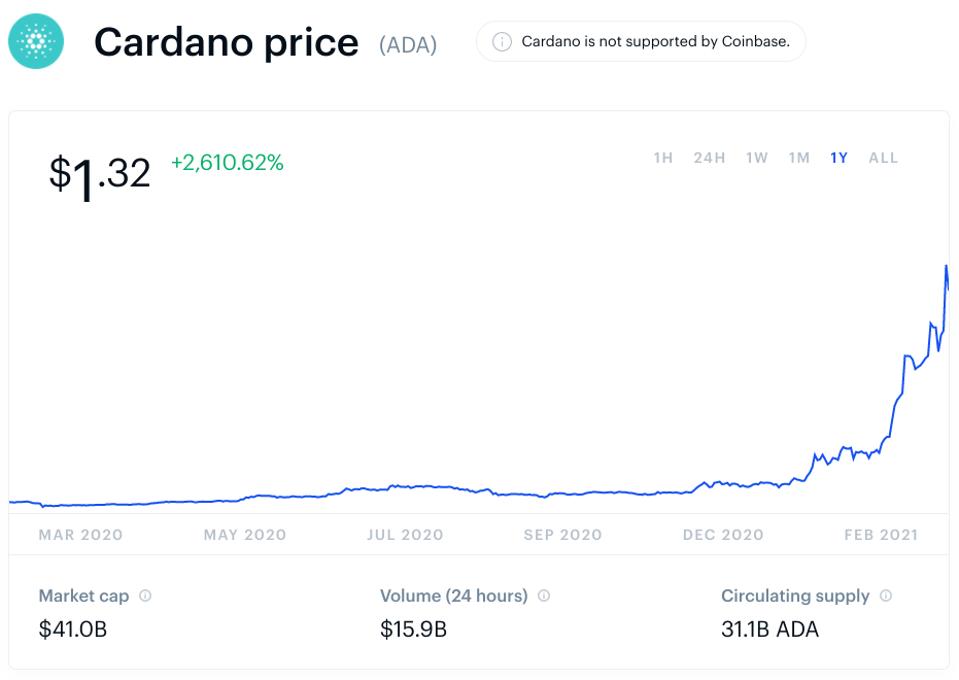 The cardano price has soared in recent weeks, taking cardano to a total value of over $40 billion ... [+] and making it the third-largest cryptocurrency behind bitcoin and ethereum.

Cardano's price surge has catapulted it to prominence in the cryptocurrency community over recent weeks.

"Cardano is a rising star in the booming crypto sector," Nigel Green, the chief executive of financial advisory group deVere, said earlier this month alongside an announcement the deVere cryptocurrency exchange had added cardano to its supported digital assets.

"It has had a highly impressive run in recent weeks and there’s no reason why this will not continue. Cardano could, quite realistically, become an increasingly dominant rival to bitcoin, ethereum and tether."

Ben Weiss
文章 46 篇
Ben Weiss is the chief operating officer of CoinFlip. Ben leads a team of 40 employees and has overcome the logistical challenges of building out CoinFlip’s ATM network infrastructure from the ground up. Under Ben’s leadership, CoinFlip has experienced exponential growth and profitability, all without ever needing to raise external funds. Ben graduated from Vanderbilt University with a degree in economics and is a trustee of the New Jersey Blockchain Coalition and a board member of the Blockchain Advocacy Coalition. He’s looking forward to watching the crypto space evolve from a niche industry to a global force.