NBA Top Shot, a blockchain-based platform that allows fans to buy and sell numbered versions of video clips of player highlights called "Moments," generated a whopping $53.9 million in sales over the past seven days, as the uber-popular digital collectibles show no signs of slowing down. 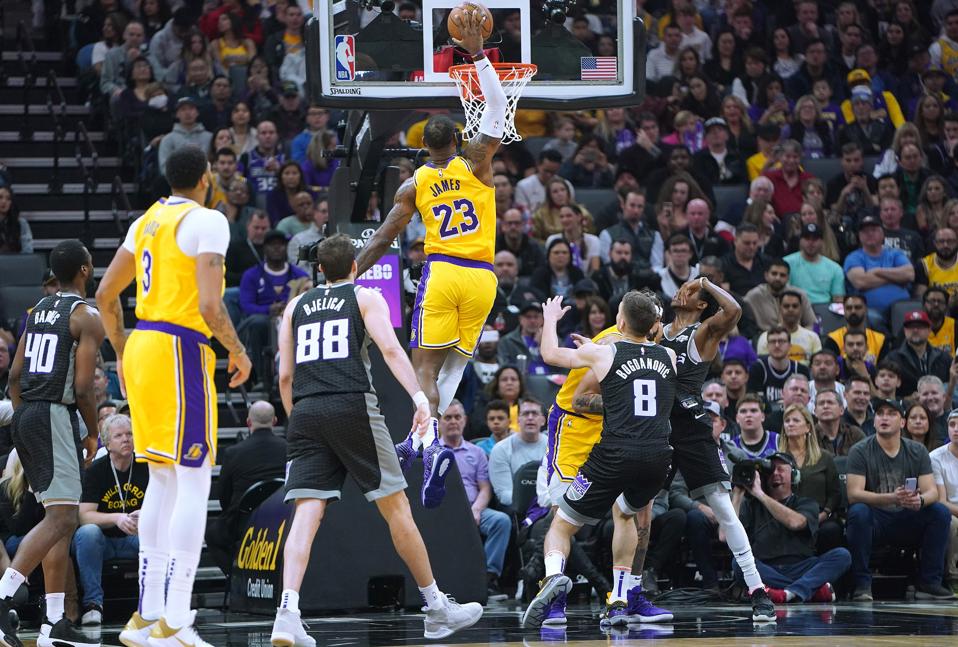 The platform has attracted 33,000 new users in the past week and completed roughly 475,000 transactions.

Over the past 30 days, the site has done $106.3 million in sales, according to crypto tracker CryptoSlam, an extraordinary increase of 1,129% compared to the prior 30-day stretch.

Included in that total is a pair of Zion Williamson and LeBron James Moments that have sold for $100,000 each.

"This has everything the sports card world has, but better and faster," Steve Poland, who runs a website that tracks the Top Shot market, told ESPN. "This is the future."

NBA Top Shot is a joint venture, started in July 2019, between the National Basketball Association, the NBA Players Association and Dapper Labs, which is best known as the creator of CryptoKitties (which, before Top Shot, was considered the world's most popular blockchain-based game). Top Shot went live just five months ago, in October of 2020. The product itself can be difficult to explain and understand (Moments have been referred to as "virtual trading cards"), but a key component of its success is that each individual NBA Top Shot video card has value due to its authenticity and scarcity being secured by blockchain technology (an immutable internet ledger). In some respects, Top Shot marries two markets that are both incredibly popular and lucrative at the moment: cryptocurrency and sportscards. However, unlike forms of cryptocurrency, such as bitcoin, which is readily exchangeable, each NBA Top Shot moment is a non-fungible token. NFTs are used "to create verifiable digital scarcity" and digital ownership. This month, NBA Top Shot became, based on sales, the largest NFT market ever.

Mavericks owner Mark Cuban is a proponent of Top Shot, having made a few purchases on the platform himself. "Some people might complain that I can get the same video on the internet anywhere anytime and watch it," Cuban wrote in his blog. "Well, guess what, I can get the same picture on any traditional, physical card on the internet and print it out, and that doesn't change the value of the card." Cuban notes that when collecting traditional sports cards or stamps, the owner must worry about storing and protecting their collection. Should they choose to sell the items, shipping the stamps or cards entails considerable risks. With TopShot Moments, Cuban argues, "you have all the fun, none of those risks, and the value is still set by the same laws of supply and demand."

$17 million: That's the total amount of sales generated on the Top Shot platform over just the past 24 hours.

What To Watch For:

According to Bleacher Report, Dapper Labs is developing a mobile game, which will let Moments function like the in-game purchases you can unlock in NBA 2K. And, according to ESPN, the company has also started talks with retired NBA players to secure rights to historic highlights.

'This is the future': NBA Top Shot and the dizzying world of digital collectibles (ESPN)

From Crypto To Christie’s: How Beeple Put Digital Art On The Map—And Then Catalyzed Its Market

Sinjin David Jung
文章 114 篇
Sinjin David Jung is the founder of The International Blockchain Monetary Reserve, a microfinance ecosystem platform behind the Asia Reserve Currency Coin — the world’s first “micro asset” that enables the financial inclusion of the urban working poor in Southeast Asia. Launching on Algorand ARCC’s Public Mandate Network creates an indisputable data set that can be used as a public mandate for change by creating an environment of Radical Social Transparency.

2020 Is Becoming the Year of Staking With Some Major Achievements