Telsa billionaire Elon Musk, whose tweets about the meme-based cryptocurrency dogecoin helped push it to a $10 billion valuation, has warned the price of bitcoin and ethereum "seem high."

The bitcoin price has surged by almost 500% over the last 12 months, partly due to Musk's pro-bitcoin and cryptocurrency tweets and his electric car company Tesla adding bitcoin to its balance sheet—following in the footsteps of U.S. software company MicroStrategy MSTR . 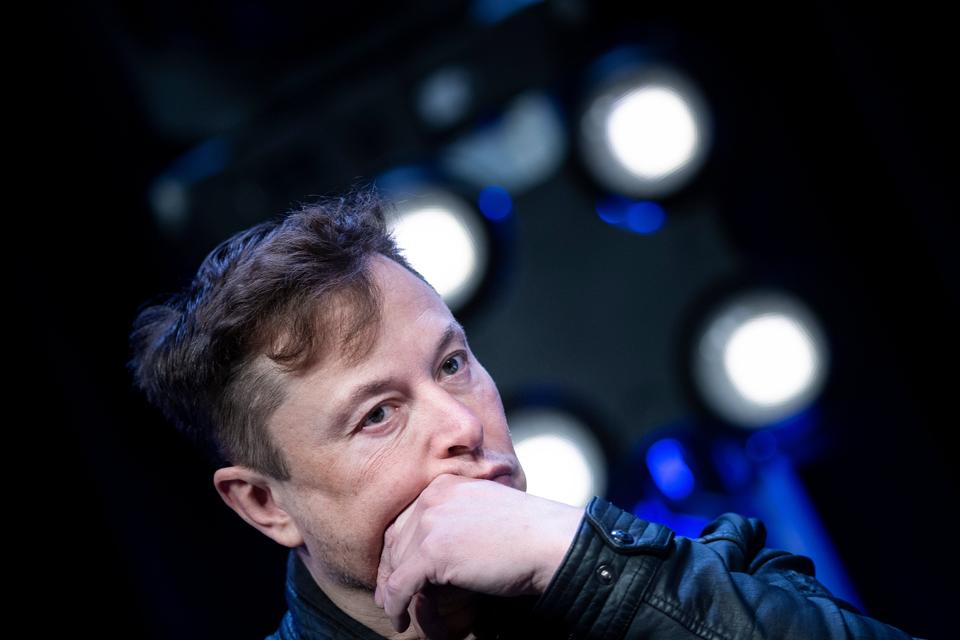 Elon Musk, the chief executive of both Tesla and SpaceX, has long been known as a cryptocurrency ... [+] supporter but has recently increased his participation in the space as the price of bitcoin and ethereum have soared.

Musk made the bitcoin and ethereum price warning during a discussion on Twitter about the nature of money. Replying to gold investor and bitcoin skeptic Peter Schiff, Musk said: "Money is just data that allows us to avoid the inconvenience of barter. That data, like all data, is subject to latency and error. The system will evolve to that which minimizes both. That said, bitcoin and ethereum do seem high."

Earlier this week, Musk sought to distance himself from Tesla's $1.5 billion bitcoin-buy, which pushed the price of bitcoin sharply higher when it was revealed.

"Tesla’s action is not directly reflective of my opinion," Musk said via Twitter in response to a Bloomberg interview with the chief executive of bitcoin and cryptocurrency exchange Binance.

"Having some bitcoin, which is simply a less dumb form of liquidity than cash, is adventurous enough for an S&P 500 company ... When fiat currency has negative real interest, only a fool wouldn’t look elsewhere. Bitcoin is almost as bs as fiat money. The key word is 'almost.'"

Bitcoin's mega 2021 rally has seen its price almost double since the beginning of the year thanks to a combination of Wall Street institutional adoption, corporate interest, and retail traders piling into the market.

"There are a number of reasons why bitcoin is soaring, but what stands out most is the trend that MicroStrategy started and Tesla popularised: moving institutional balance sheets into bitcoin to hedge against inflation," Nicholas Pelecanos, head of trading at blockchain network NEM, said in emailed comments. 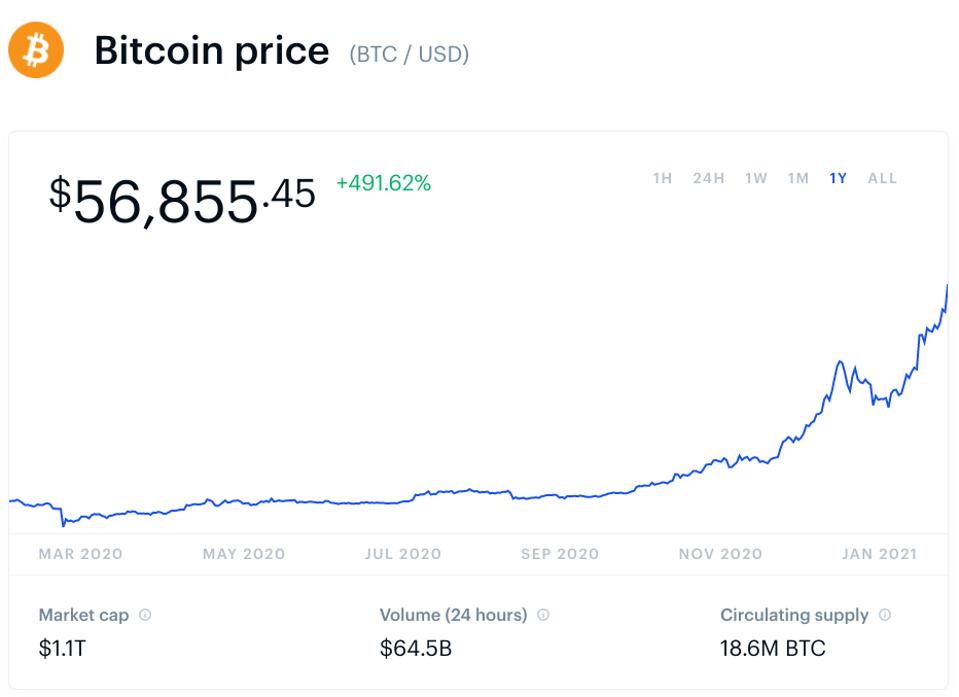 The bitcoin price rally has accelerated in recent weeks, helped higher by Elon Musk and Tesla.

Ethereum, meanwhile, has benefitted from the rise of decentralized finance (DeFi)—using cryptocurrency technology to recreate traditional financial instruments such as interest, known as "yield," and insurance. Many of the biggest DeFi projects are built on top of ethereum's blockchain, pushing the ethereum price higher as users flood the network.

The broad bitcoin and cryptocurrency market, made up of thousands of digital tokens, is now worth a staggering $1.7 trillion—up from $800 billion at the beginning of January.