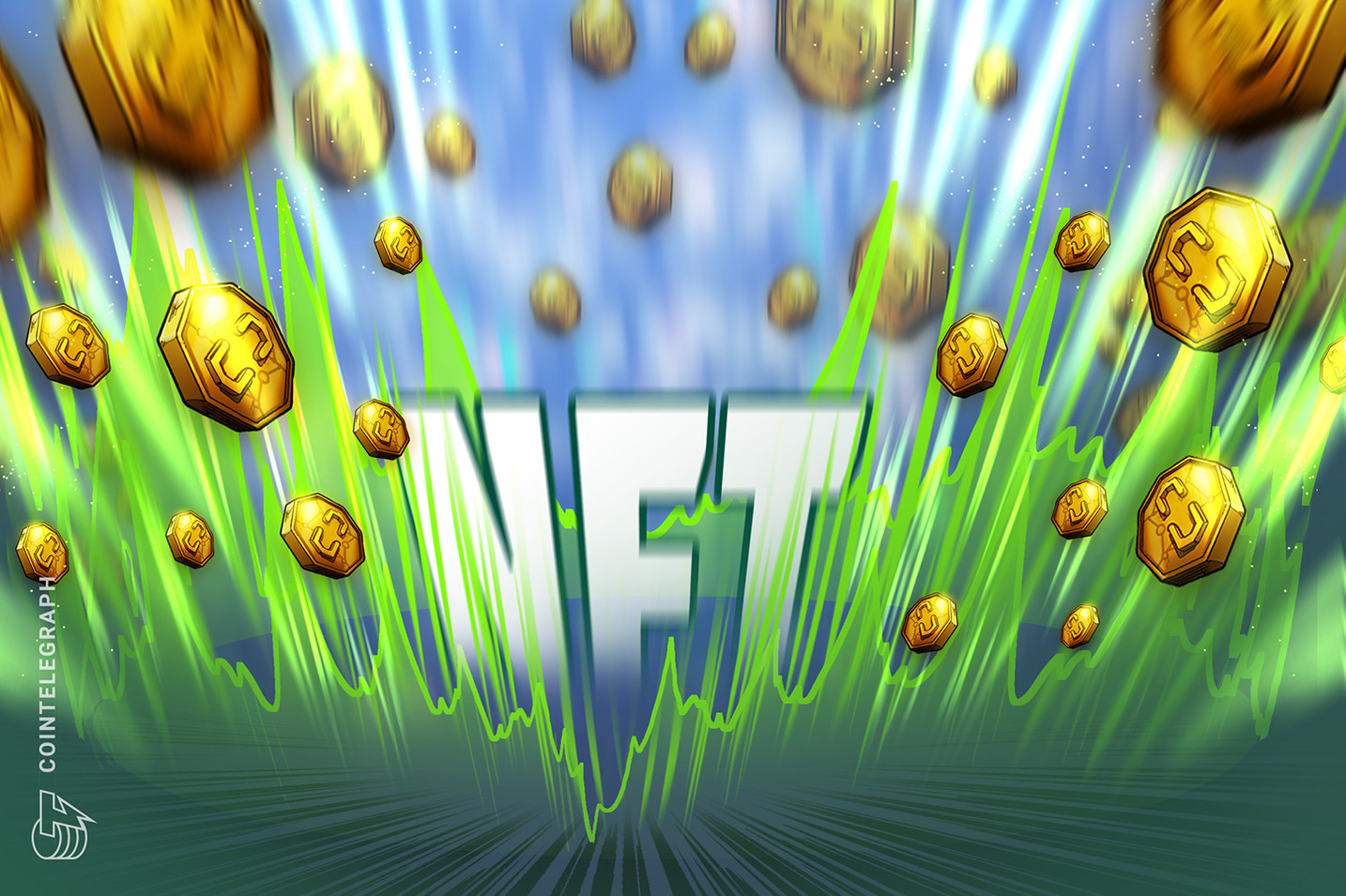 The popularity and sale of NFTs have exploded over the past few months as many artists and collectors have been consistently selling entire NFT collections for millions of dollars.

One platform that has emerged as a fan favorite is Axie Infinity (AXS), a blockchain-based trading and battling game inspired by games like Pokémon and Tamagotchi. In the game, players collect, breed, raise, battle and trade token-based creatures known as Axies.

In the past two months, the market cap for AXS has increased 600% from $19.25 million to its current value of $115 million as users rush to the platform for a chance to win a rare and valuable Axie. 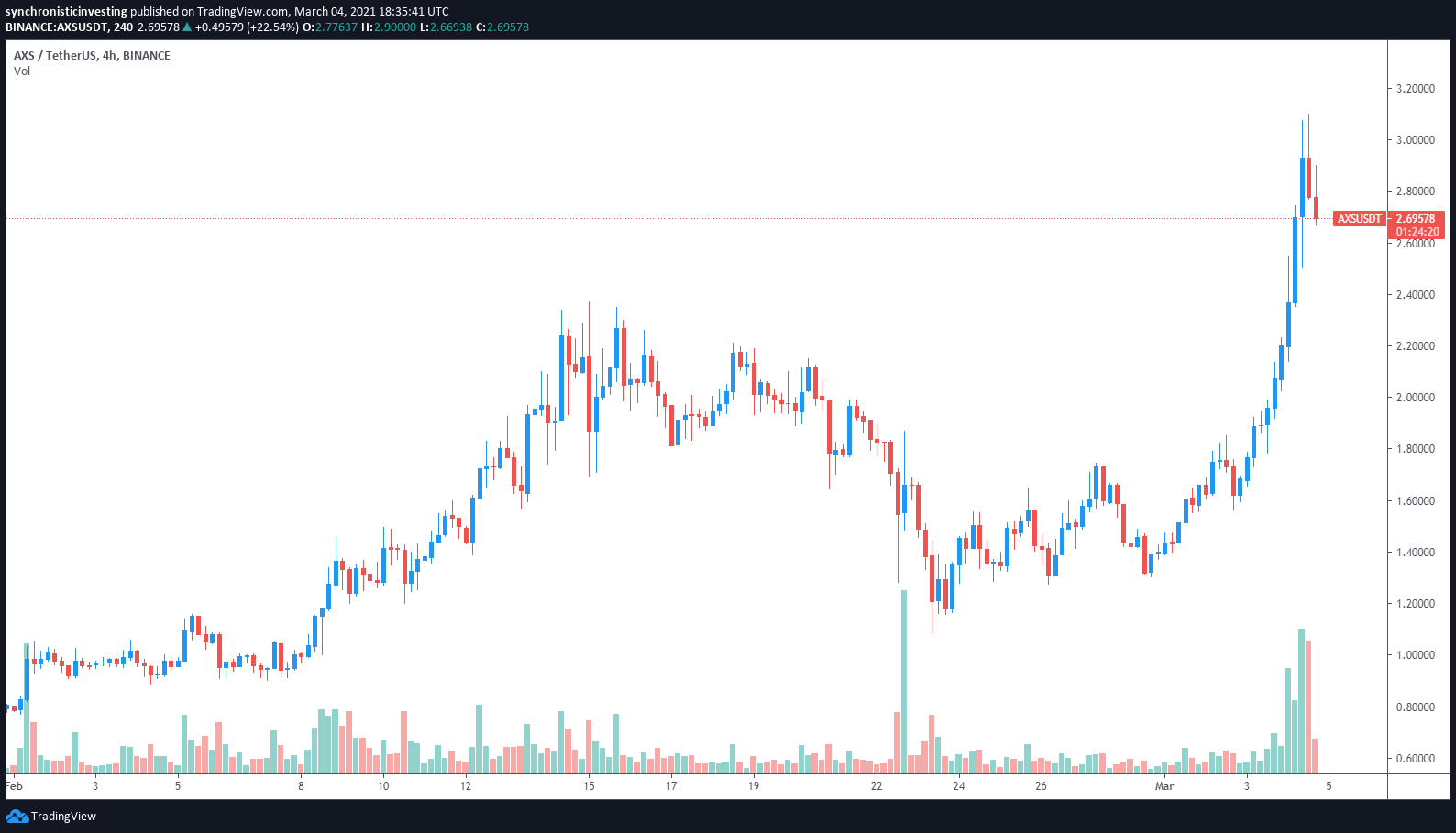 While AXS has been in an uptrend for months, the altcoin really started to gain momentum at the beginning of February following the launch of Ronin, an Ethereum (ETH) network sidechain designed to help AXS users escape high transaction costs and network congestion on the Eethereum network.

Since Ronin's launch on Feb. 1, the number of active users on the platform has skyrocketed as NFTs began to explode in popularity and mainstream news channels reported on record-setting sales for one-of-a-kind pieces of digital art. 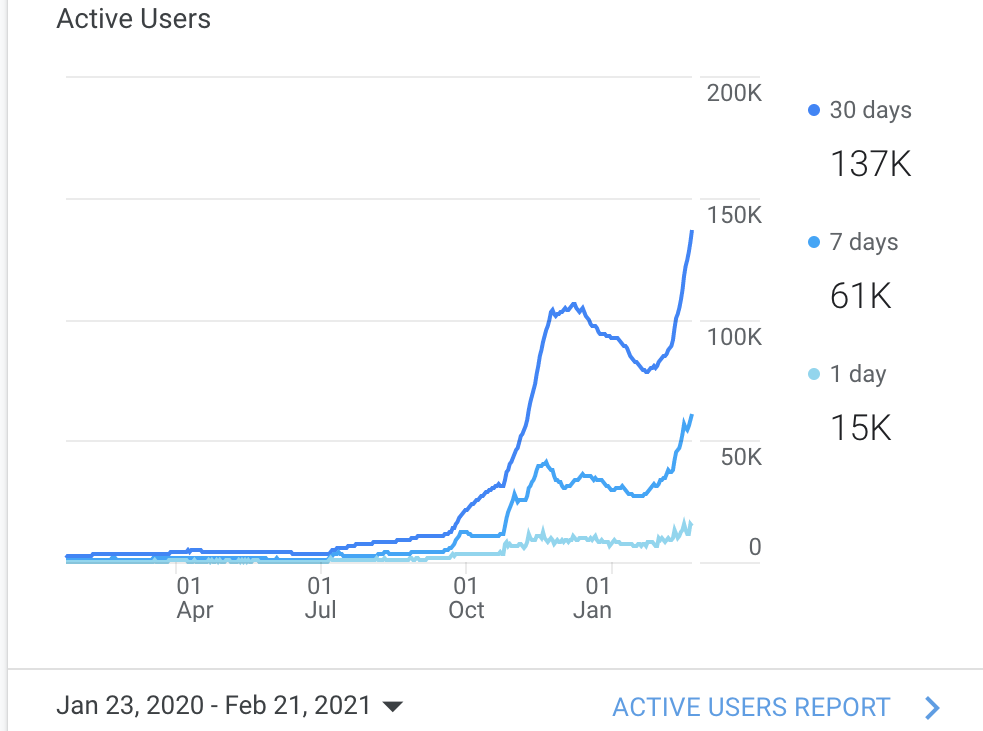 Digital land in Lunancia, the player-controlled virtual realm of the Axie universe, is also attracting increased attention with one user recently spending a total of $1.5 million to purchase nine digital land plots.

VORTECS™ data from Cointelegraph Markets Pro began to detect a bullish outlook for AXS on March 3, prior to the recent price rise.

The VORTECS™ score, exclusive to Cointelegraph, is an algorithmic comparison of historic and current market conditions derived from a combination of data points including market sentiment, trading volume, recent price movements and Twitter activity. 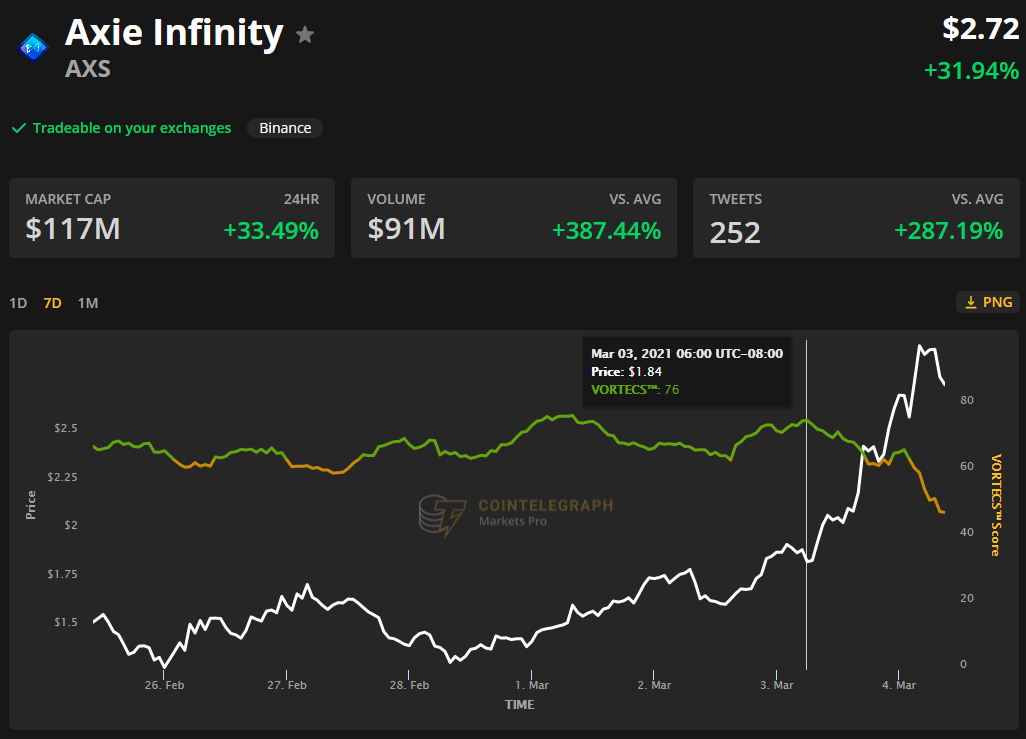 Despite the recent pullbacks experienced in the wider cryptocurrency market, key on-chain metrics like Glassnode's Reserve Risk indicator show that the Bitcoin rally is still in its early, suggesting that there is plenty of room for BTC to appreciate before it reaches the peaks seen in previous bull markets.

Continued strength for Bitcoin price is likely to translate into an increased interest in NFTs and as the nascent sector expands, projects like AXS could continue to rise in popularity.

The views and opinions expressed here are solely those of the author and do not necessarily reflect the views of Cointelegraph.com. Every investment and trading move involves risk, you should conduct your own research when making a decision.

Sheila Warren
文章 28 篇
Sheila Warren is the head of blockchain and distributed ledger technology for the World Economic Forum. Previously, Warren was the VP of Strategic Alliances and general counsel to TechSoup, a nonprofit network of NGOs providing technological solutions to other NGOs. Warren was also responsible for the formation of NGOsource, a blockchain-backed initiative focused on international grantmaking.