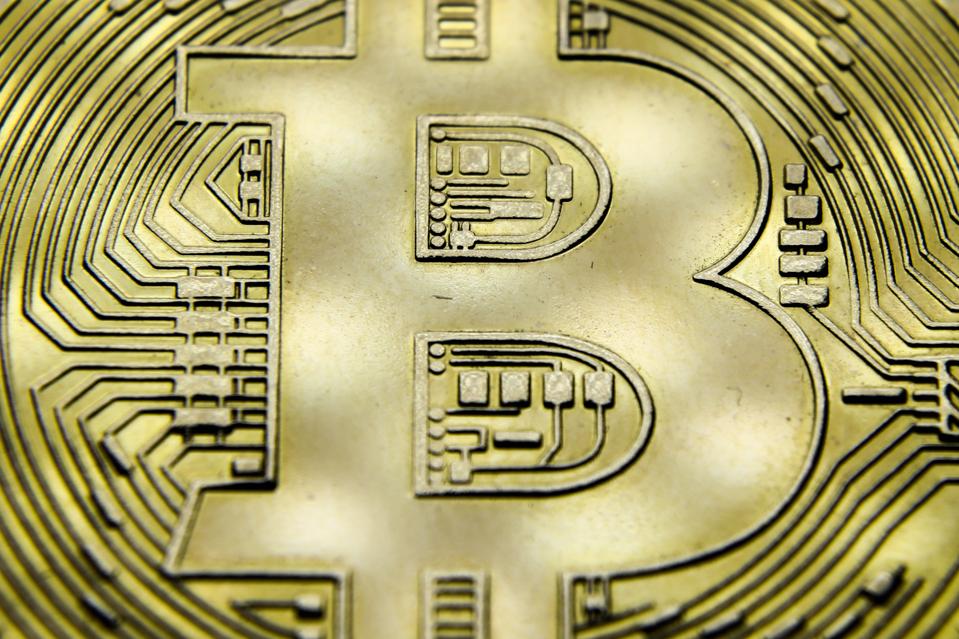 A measure of bitcoin volatility hit a roughly 10-month high in February. (Photo Illustration by ... [+] Jakub Porzycki/NurPhoto via Getty Images)

Bitcoin volatility climbed in February, attaining its loftiest reading since April 2020 during a month where the cryptocurrency’s price hit fresh highs.

This figure was far higher than the historical 30-day volatility of 63.78% that bitcoin has had going back to 2013, additional Blockforce Capital figures show.

The digital asset experienced these sharp changes in value during a bullish month, where its price rose to an all-time high of $57,487.03, CoinDesk figures show.

At this point, the digital currency was up more than 73% in February, additional CoinDesk data indicates.

Bitcoin has had an excellent year so far, nearly doubling its price of roughly $28,900 at the start of 2021.

These latest gains have built on top of the bullish momentum that the cryptocurrency has experienced since falling to a local low of less than $3,900 in March of last year.

The digital currency has climbed close to 1,400% since dropping to that point.

Bitcoin prices have shown greater resilience during the current bullish trend than they did during the bull market of 2017-2018.

During December 2017, bitcoin reached nearly $20,000 on CoinDesk, but was unable to hold these gains, falling below $10,000 the following month.

The digital currency followed a downward trend, dropping to almost $3,000 in December 2018.

Going forward, nobody knows for certain where bitcoin prices will go.

However, many market observers have made highly bullish predictions for the cryptocurrency, with Anthony Pompliano, a well-known analyst, forecasting earlier this year that bitcoin might eventually rise to $1 million.

Vinny Lingham, cofounder & CEO of Civic, offered some more conservative input, stating that bitcoin could rise to somewhere between $100,000 and $125,000 over the next year without suffering a “crash,” which might cause it to lose more than 80% of its value.

However, he noted that if fear of missing out (FOMO) kicks in, bitcoin might rise to “$250k-$400k” in the next 12 months, a rally that would result in an “inevitable” pullback that could prove quite severe.

Michael J. Casey
文章 42 篇
Michael J. Casey is a website's chief content officer. Previously, Casey was the CEO of Streambed Media, a company he cofounded to develop provenance data for digital content. He was also a senior advisor at MIT Media Labs's Digital Currency Initiative and a senior lecturer at MIT Sloan School of Management. Prior to joining MIT, Casey spent 18 years at The Wall Street Journal, where his last position was as a senior columnist covering global economic affairs.