Dogecoin, the tongue-in-cheek "joke" cryptocurrency, has surged over the last month, climbing to a staggering $10 billion total value.

The dogecoin price rose to almost $0.10 per doge token early last month, up from under $0.01 at the beginning of the year, pushed on by rockstars, Youtubers, and billionaires—including Tesla chief executive and meme-master Elon Musk.

However, the dogecoin price has fallen by almost half since its early February peak, despite regular dogecoin tweets from Elon Musk. 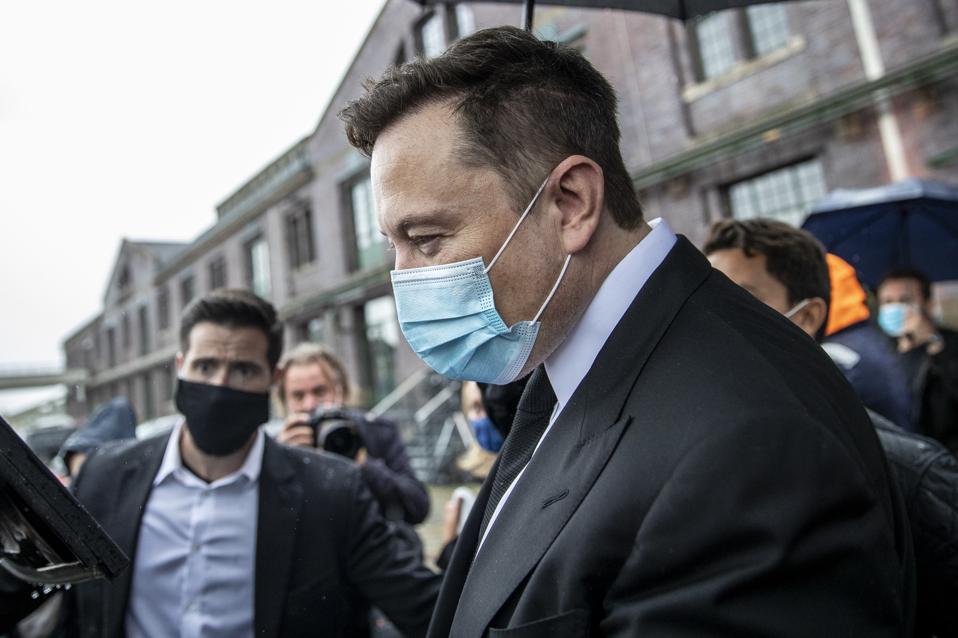 Elon Musk, the billionaire Tesla chief executive, has been tweeting about dogecoin, the "joke" ... [+] bitcoin rival, for years--now his influence over the dogecoin price seems to be waning.

"Doge meme shield (legendary item)," Musk tweeted this week, alongside an image depicting dogecoin being protected from its "value dropping."

The dogecoin price failed to rise following Musk's latest dogecoin tweet and is now down around 40% from its highs. Last week, Musk tweeted an image of dogecoin's Shiba Inu on the moon—suggesting its price would "go to the moon," a popular cryptocurrency phrase. It too failed to have much of an impact on the dogecoin price.

The muted reaction to Musk's dogecoin tweets is a marked change from last month, when Musk sent the dogecoin price 75% higher by tweeting: "Dogecoin is the people’s crypto."

Musk was tweeting about dogecoin as far back as 2019, when he named it as his "fav" cryptocurrency. He was subsequently named "dogecoin CEO" in a Twitter poll—a role he enthusiastically embraced. Last month, Musk said that while he "occasionally [makes] jokes about dogecoin ... they are really meant to be jokes."

Dogecoin's meme-fuelled rally, at one point propelling it into the top ten chart of most valuable cryptocurrencies, has forced the crypto industry to acknowledge the token—described by its creator as a "joke."

"Dogecoin’s current popularity teaches us that the power and enthusiasm of passionate online communities cannot be dismissed," says Daniel Polotsky, the chief executive of Chicago-based cryptocurrency ATM operator CoinFlip, speaking via email after the company this week added dogecoin to its 1,800-strong network of terminals.

"The rise in popularity and price of dogecoin means that developers and entrepreneurs will take dogecoin more seriously and contributions to the project will create a positive feedback loop that increases the popularity of the project."

The surprise investor attention has resulted in dogecoin developers that had long ago abandoned the memecoin returning—with plans to update the aging software. 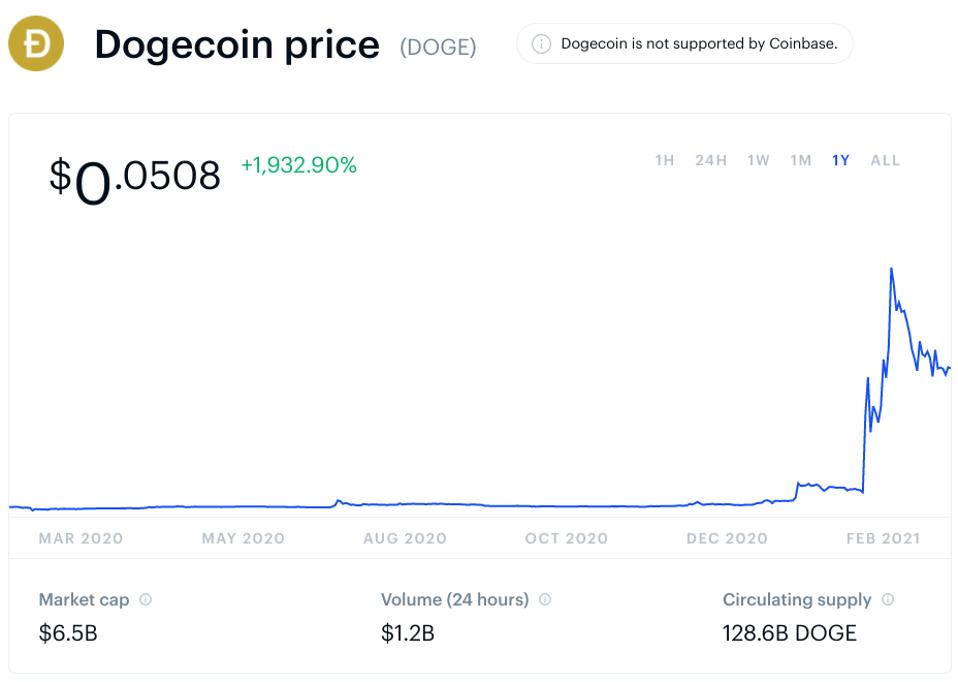 The dogecoin price shot up this year after a long period of stagnation, largely driven by the likes ... [+] of Tesla billionaire Elon Musk.

Others are less optimistic about dogecoin's prospects, though concede the memecoin's run highlights the potential of the cryptocurrency space.

"The price run-up has been entirely driven by speculation with no catalyst with regards to the cryptocurrency development," Bobby Ong, the cofounder of bitcoin and cryptocurrency price data website CoinGecko says via Twitter DM, warning traders "should only trade with money they are willing to lose."

"That being said, dogecoin exemplifies how value is symbolic and conveys the importance and trust that people place in it."

Meanwhile, it's been reported Musk is under investigation by U.S. regulators for his dogecoin-boosting posts. Last week, financial newswire First Squawk reported the Securities and Exchange Commission was investigating Musk's dogecoin tweets, citing sources familiar with the matter.

"I hope they do! It would be awesome," Musk said via Twitter.

Here's why the 'age of crypto' is finally here - AMBCrypto

PayPal Said to Be in Talks to Buy Crypto Firms Including BitGo: Bloomberg