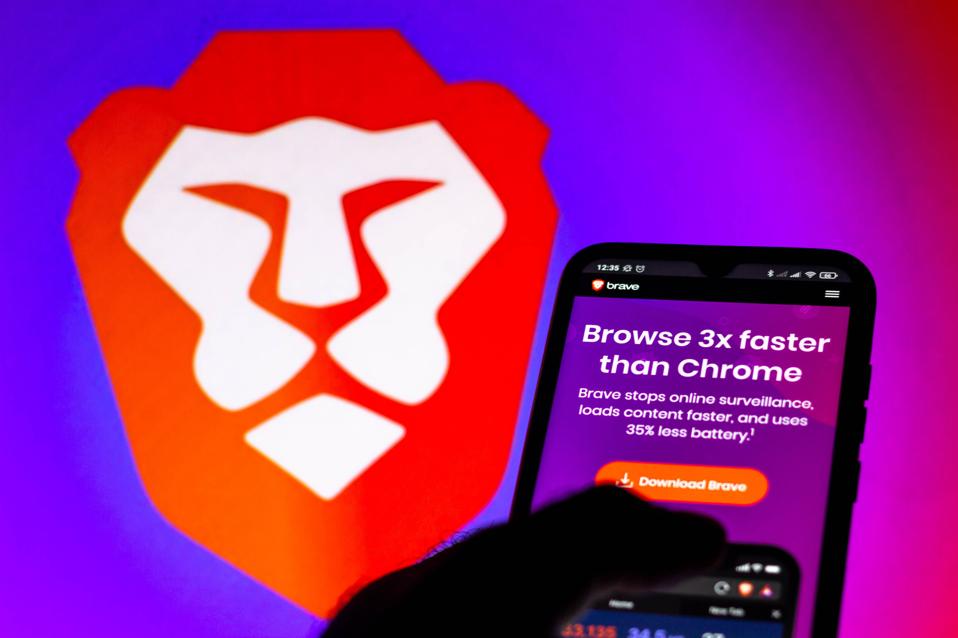 With the growing demand for data privacy, Google announced it will stop selling ads based on ... [+] individual users’ web browsing habits. However, privacy-focused browser Brave advances the ambition with a new search engine.

Privacy browser Brave created a competitor to Google’s GOOG flagship search engine with its latest acquisition. But the timing could have been better.

Announced yesterday, Brave bought search engine Tailcat, which will serve as the foundation of Brave Search, an alternative to Google search that doesn’t track its users’ search habits. Unlike most search engines, Tailcat’s product is based on an independent search index and does not collect IP addresses or use personally identifiable information to target search results. “Brave will also explore blockchain-based options and new developments, including for e-commerce uses,” the announcement reads.

Unfortunately, the news came the same day Google announced it is going to stop building and using tracking tools used to serve up targeted advertising, beginning next year. While this could be a big win for privacy advocates, smaller businesses that do not have their own proprietary first party data sources could be put at a disadvantage.

“Google is trying to track the web on a course that still favors their infrastructure and advantages,” said Brendan Eich, CEO and co-founder of Brave, in an email to Forbes. “Before others can nudge things on a more radical, user-focused approach.” Eich is known as the creator of the JavaScript programming language and the co-founder of Firefox parent company, Mozilla.

According to Eich, the search giant is rushing to catch up to technological and industry developments. “Brave, DuckDuckGo, Apple AAPL , and many others, have business models that don’t rely on the kinds of opaque, real-time systems Google has been successful at,” he writes. “Anyone with a concern for a truly privacy-first web should be concerned if Google gets people to say ‘privacy is the absence of cross site tracking.’”

San Francisco-based Brave was founded in 2015 with the mission to provide web users with faster and safer browsing experience focused on privacy protection. In 2017, the company raised $35 million in about 30 seconds through an initial coin offering, bringing the total amount raised to $42 million.

Brave’s web browser, which currently has over 25 million monthly active users and over 1 million verified publishers, blocks data-grabbing ads and trackers and offers rewards in the form of the Basic Attention Tokens (BAT) based on the attention users spend on the websites they visit, which could be exchanged into a currency of their choosing. Brave says their advertisers are seeing, on average, a 9% click-through rate for their campaigns, compared to the 2% industry average.

The demand for data privacy is on the rise. In January, the private messaging platform Signal saw a 62-fold increase in users following a controversial update to rival WhatsApp’s privacy policy, according to a Reuters report. Simultaneously, another encrypted messaging app Telegram surpassed 500 million active users globally.

“In the beginning, lead users are key, but as the benefits of privacy become obvious, demand for privacy expands to larger and larger circles of users. We hear users saying they would never go back to the invasive tools they were using before, once they switch to privacy-by-design solutions,” says Eich. “It’s like quitting smoking.”

Brave Search is the latest addition to the company’s privacy-preserving suite of products, including a news reader, Brave Today, a Firewall+VPN service and an ad platform, Brave Ads, which has delivered nearly 3,000 private ad campaigns in 200 countries with major advertisers such as Verizon VZ , PayPal and Amazon AMZN . Private video-conferencing service is also in the works.

Cathy Barrera
文章 46 篇
Cathy Barrera, a columnist, is a founding economist at Prysm Group, an economic advisory group, and was chief economist at ZipRecruiter. She has a Ph.D. in business economics from Harvard.