Dogecoin, the "joke" cryptocurrency inspired by 2013 hottest meme, doge, has gone through a surprise resurgence in recent weeks.

The dogecoin price has soared as billionaires, rockstars and YouTubers pushed it to a $10 billion total value—with some feeling inspired to create their own cryptocurrencies.

Now, dogecoin blockchain data has revealed an anonymous person or persons control around 28% of all the dogecoin tokens in circulation—worth a massive $2 billion at current prices. 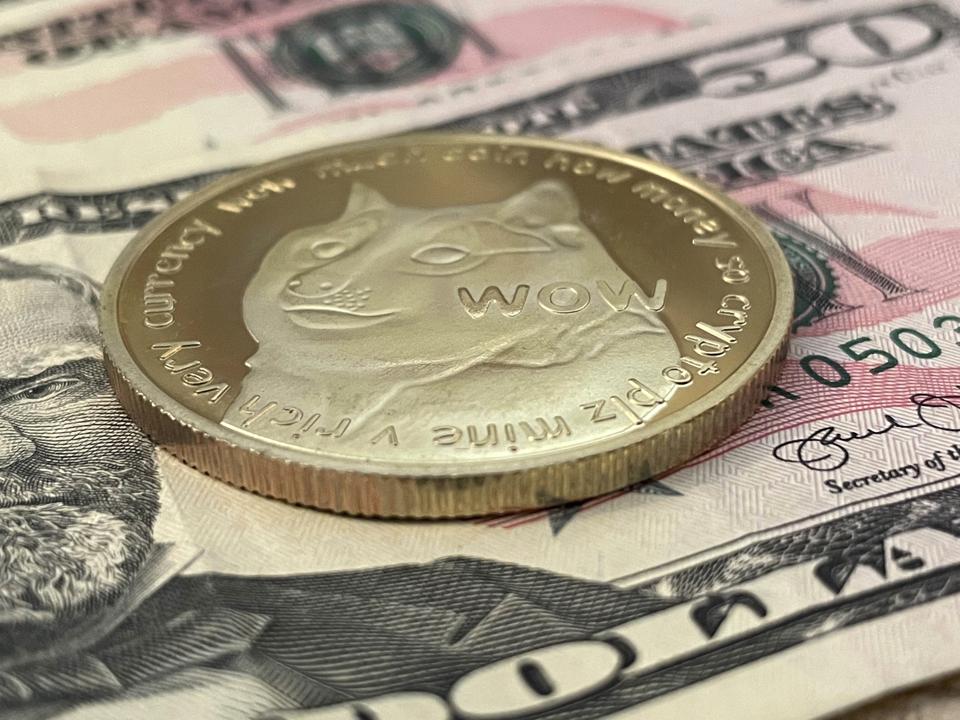 The dogecoin price has soared in recent weeks with the help of celebrities and influencers that have ... [+] lent dogecoin their tongue-in-cheek support.

The dogecoin address—which can be seen here—currently holds around 36.8 billion dogecoin tokens, received through 705 transactions.

Musk, whose tweets about the meme-based cryptocurrency regularly send its price sharply higher, was voted dogecoin CEO in a 2019 Twitter poll.

This week, Musk joked that he would give more support to dogecoin if big accounts sold their holdings, suggesting the market is controlled by a small number of users. 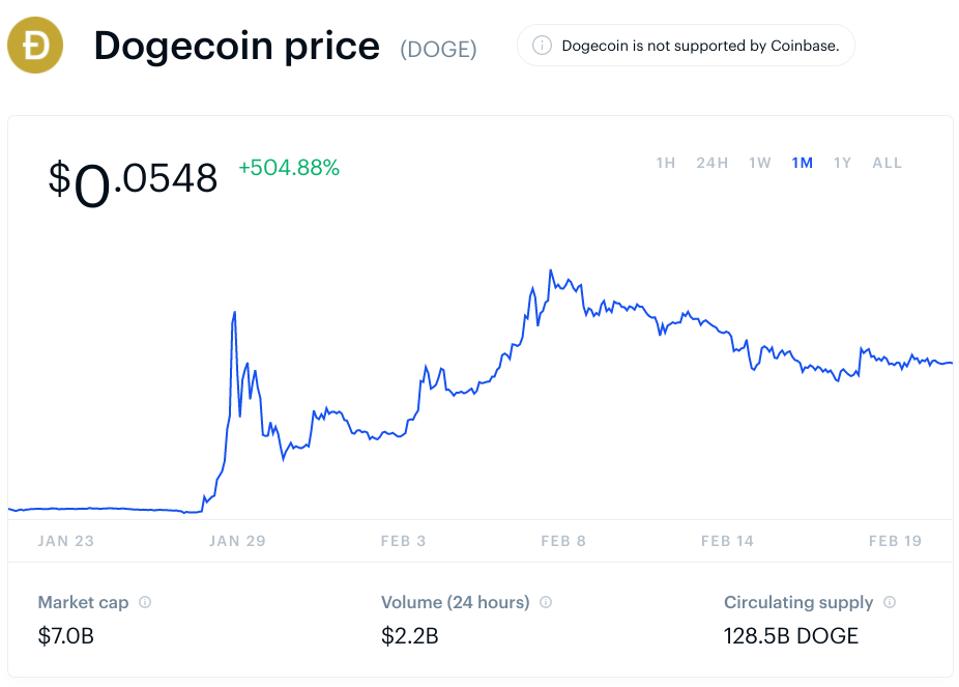 The dogecoin price suddenly leaped at the end of January as traders piled into the cryptocurrency, ... [+] hoping to pump up its price.

"If major dogecoin holders sell most of their coins, it will get my full support," Musk said via Twitter. "Too much concentration is the only real issue [in my opinion]. I will literally pay actual $ if they just void their accounts."

Musk has previous said all of his dogecoin-related tweets are not meant to be taken seriously.

"Occasionally I make jokes about dogecoin, but they are really meant to be jokes," Musk said last month, speaking during an interview on the invite-only chat app Clubhouse.

The dogecoin price has soared as bitcoin, the original and largest cryptocurrency, has climbed to fresh highs.

Bitcoin's massive rally has been put down to emerging interest in cryptocurrency from Wall Street and governments flooding the financial system with cash to the prop up economies in the wake of the coronavirus pandemic.

Bradley Keoun
文章 47 篇
Bradley Keoun covers cryptocurrency markets, with a focus on macroeconomic themes, the growing interest among institutional investors in the industry and the potential disruption of Wall Street.

Gemini collaborates with The Giving Block and others, adds donations option

Bitcoiners Have Trillions and Trillions of Reasons to Ignore US Election