Dogecoin, the meme-based cryptocurrency that has been called a "joke" by its creator, has exploded in popularity over recent weeks.

The dogecoin price has climbed thanks to attention from billionaires, rockstars, and  YouTubers—with Tesla TSLA chief executive Elon Musk, who was once voted "dogecoin CEO" and named it his "fav" cryptocurrency, this week tweeting: "Dogecoin is underestimated."

Now, with the dogecoin price up a blistering 600% since late January, developers who had long ago abandoned the memecoin are back and planning to update the aging software. 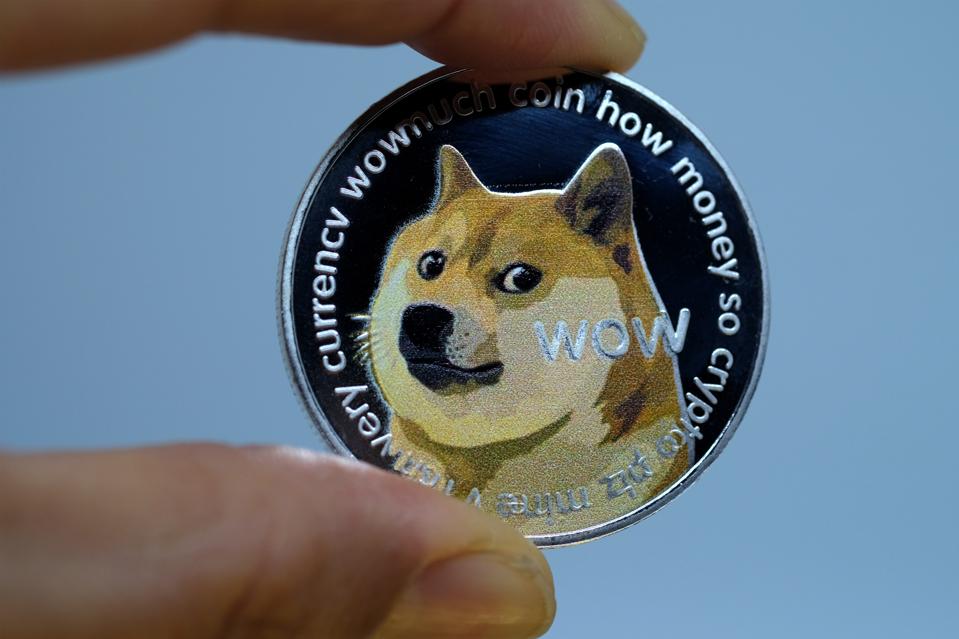 Dogecoin, a tongue-in-cheek response to bitcoin, has captured the internet's attention this year, ... [+] with the dogecoin price suddenly soaring.

"When it took off there was a resurgence in attention and we want to keep the currency operational," dogecoin lead maintainer, Ross Nicoll, told bitcoin and cryptocurrency news outlet Coindesk.

Created in 2013, Dogecoin saw its last major upgrade in June 2019 and now Nicoll, along with four other developers, want to roll out another major release to address dogecoin's scalability and security issues within a year.

Satoshi & Company: The 10 Most Important Scientific White Papers In Development Of Cryptocurrencies

"We’ll always prioritize security. I’m not going to say that [development] won’t slow down again, but we will always be there looking for security issues to make sure the software is kept up to date," Nicoll said.

Dogecoin soared at the end of January when retail traders organized via Reddit's WallStreetBets and Telegram chat groups, frustrated by GameStop GME  trading restrictions, piled into cryptocurrencies. The dogecoin price has fallen from its peak of just over $0.8 but remains many times where it began 2021.

However, internet-savvy entertainers have continued to talk up the tongue-in-cheek bitcoin rival—hoping to push it yet higher.

MORE FROM FORBESBitcoin Bulls Have Won-What's Next For Crypto And The Bitcoin Price?By Billy Bambrough 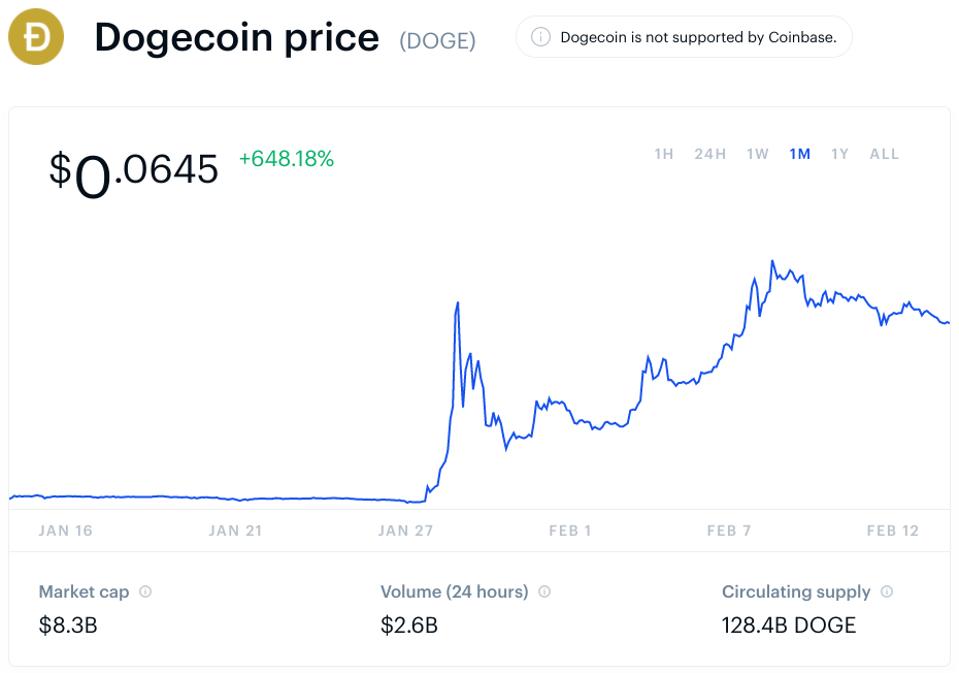 The dogecoin price has soared over 600% since the beginning of the year, climbing alongside bitcoin. ... [+]

"Neil Armstrong landed on the moon first and now doge is next. I’m holding," Paul added, retweeting fellow YouTuber Ben Phillips who's been trying to pump up the dogecoin price in recent weeks—predicting it will go to $2 "within the next few months."

Meanwhile, bitcoin has continued to climb, with the bitcoin price hitting an all-time high of over $49,000 per bitcoin this weekend as Wall Street finally moves to embrace cryptocurrencies and digital assets.

"The surge in the price of bitcoin and other cryptocurrencies, including dogecoin— which was also fuelled by an endorsement by Musk on Twitter—comes as digital currencies become mainstream due to soaring interest from both retail and institutional investors, increasing levels of mass adoption, and as global interest rates remain at historic lows," Nigel Green, the chief executive of financial advisory group deVere, said in emailed comments.

Leigh Cuen
文章 85 篇
Leigh Cuen is a tech reporter covering blockchain technology for publications such as Newsweek Japan, International Business Times and Racked. Her work has also been published by Teen Vogue, Al Jazeera English, The Jerusalem Post, Mic, and Salon. Leigh does not hold value in any digital currency projects or startups. Her small cryptocurrency holdings are worth less than a pair of leather boots.